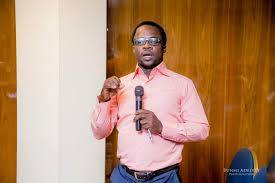 If the above mentioned is not given, then the Nigerian Government must initiate an action in court to have the grievances addressed.

It should then be our prayers in court that all international treaties and international organisations wherein both countries are members, must invoke the requisite laws as it relates to human rights, diplomatic and bilateral ties against South Africa for gross misconduct resulting to genocide of foreigners in their country.

The government must also caution that the South African Government should be honest enough to let her citizens know that the remote and immediate causes of their economic misfortune has little or nothing to do with Nigerians, who are largely businessmen not engaged in jobs that South African citizens consider as their exclusive preserve rather than misinforming her youths, thereby causing a deflection, inculpating foreigners and making them vulnerable to attacks by the natives.

It cannot be right that Nigerians, who are largely petty traders, are responsible for the unemployment, economic injustice and social ruins that has befallen the youth population of South Africa.

Rather, theses vices are solely caused by the successive incompetent government in South Africa with no visible strategy to create jobs for the teaming unemployed youth population. Contrary to the concerns of South Africans, there’s a great deal of evidence that migration boosts the economies of receiving countries.

Free movement in Africa can be expected to enhance business and investment as the European Union example has shown.

According to an African Development Bank report, tourism in the Seychelles increased by seven per cent annually between 2009 and 2014 when the country abolished visas for African nationals.

By 2015, thanks to increased revenues, it had become a high income country with thriving real estate, aviation and service industries.

The same report also states that African travels to Rwanda has increased by 22 per cent since it eased its visa requirements in 2013.

Since then, Rwanda’s cross-border trade with Kenya and Uganda has increased by 50 per cent. This is evidence that free movement of labour and capital boosts economic activities.

South Africans are better off with the influx of foreigners to boost trade and grow their economy. 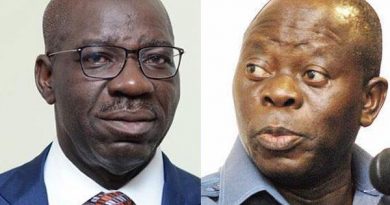 Edo on tenterhooks over lawmakers – Vanguard 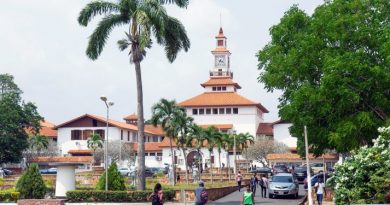 Bishop of Wa commends Bagbin for strong stands against LGBTQI

The Most Reverend Richard Kuuia Baawobr, Missionary of Africa, the Catholic Bishop of Wa, has commended Speaker of Parliament, Mr