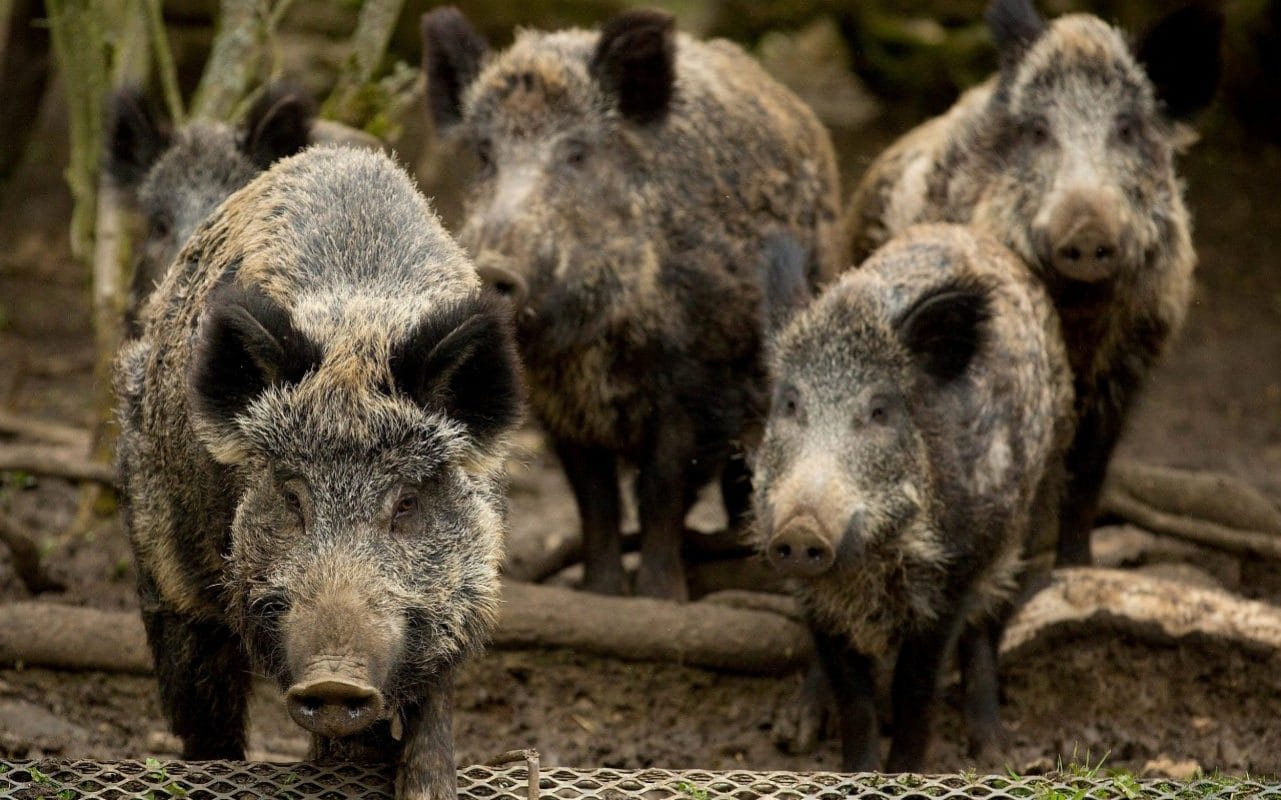 US officials have warned that feral hogs heading across the border from Canada may pose a danger to the local environment.

The US Department of Agriculture (USDA) reported that sightings of the feral animals on the US-Canadian border have increased in recent years.

At least eight of the wild animals have been sighted just north of Lincoln County, Montana, this summer, officials said.

Several agencies, including Wildlife Services, the Montana Invasive Species Council, the National Feral Swine Program and the Montana Fish, Wildlife and Parks department fear the wild pigs could cause significant damage to the landscape.

Officials warned the animals can often be aggressive, breed rapidly, and difficult to catch.

The feral pigs pose a risk to the local agriculture industries as they often destroy farm land and crops as they root for food.

They also have the potential to spread diseases to domestic livestock, although no disease has been detected in the team in Canada.

Female hogs typically have more than a dozen piglets in each litter and full grown hogs can weigh anywhere between 120lb to 400lbs.

Dale Nolte, from the USDA’s National Feral Swine Program, described the prospect as “a disaster”.

“Multiple people say that if we were to design an invasive species that would do the most widespread damage, feral swine aren’t too far off from being the perfect specimen,” he told local newspaper Daily Inter Lake.

Ryan Brook, an assistant professor at the University of Saskatchewan, blamed the southern migration of the feral pigs on poor monitoring systems in the province, which are allowing numbers – and the spread of the animals – to grow unchecked.

“Saskatchewan is a very high functioning pig factory and the populations are exploding with very minimal efforts to control them,” he told the Daily Inter Lake. “Lack of serious action in Saskatchewan is the single greatest threat to Montana.”

Legit question for rural Americans – How do I kill the 30-50 feral hogs that run into my yard within 3-5 mins while my small kids play?

The warning of a potential hog invasion prompted amusement on social media, with users highlighting a viral tweet last month by a man arguing assault weapons were necessary to manage the feral populations.

“How do I kill the 30-50 feral hogs that run into my yard within 3-5 mins while my small kids play?” he asked on Twitter, prompting widespread mockery at the time.