Bauchi State government has paid up N15 million as a refund to the
United Nations Children’s Fund (UNICEF) for its Severe Acute
Malnutrition (SAM) and other interventions in the state.

The state’s governor, Bala Abdulkadir Mohammed, approved the immediate
refund of N15 million to the State UNICEF Field Office during an
interactive session with its officials led by the state Chief Field
Officer, Bhanu Pathak.

The governor was responding to a request by UNICEF for the state
government to refund the money not utilized by the Bauchi State
Primary Healthcare Development Agency (BSPHCDA) during the last
administration, Daily Trust reports.

Senator Mohammed frowned at the spending of N732 million by the
previous administration without proper documentation.

He said he would continue to ensure payment of counterpart funding to
enable the state access more interventions from donor agencies.

Governor Mohammed also promised the readiness of his administration to
fill the human capital gap in the state for effective implementation
of projects by development partners.

According to him, the organization has set aside N270 million for the
supply of commodities to treat malnourished children.

He, therefore, appealed to the governor to allocate more resources for
tackling malnutrition in the state. 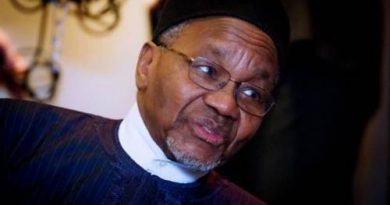 When do Roth conversions make sense?