Zainab Ahmed, addressing journalists late on Wednesday after a Cabinet meeting, said the government proposed raising VAT next year to 7.2% – up from 5%. The current level is one of the lowest in the world.

The planned rise must be approved by parliament before it can become law.

President Muhammadu Buhari’s government has repeatedly said it wants to boost non-oil revenue since oil sales make up 90% of foreign exchange receipts. Raising more money from taxes has proved difficult in a country where so many small businesses are not registered.

Ahmed said the Cabinet approved the proposed VAT rise when it met on Wednesday.

“This is important because the federal government only retains 15% of the VAT – 85% is actually for the states and local government,” she said. “The states need additional revenue to be able to meet the obligations of the minimum wage.”

Prior to the minimum wage rise the government had argued that many of Nigeria’s 36 states struggled to pay salaries of state employees.

The proposed VAT hike is part of a broader drive to increase tax revenue.

“An increase in VAT will worsen our decrepit economy and put more pressure on families and business as it will result in (an) increase in costs of goods and services,” said the PDP in a statement.

The West African country fell into a recession in 2016 as a result of low oil prices. Despite emerging from the recession two years ago, economic growth remains low – at 1.94% in the second quarter.

And for the last three years inflation has remained in double figures, above the central bank’s single-digit target, pushing up the cost of living in a country where most people live on less than $2 a day. 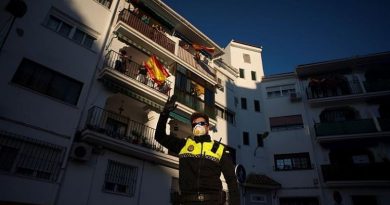