ABUJA/CAPE TOWN, Sept 10 (Reuters) – At least 640 Nigerians have signed up to take free flights home from South Africa after xenophobic attacks on foreigners, a spokeswoman for Nigeria’s president said on Tuesday.

The flare-up in violence directed against mainly African foreigners has been widely condemned by South Africa’s neighbours and has caused a diplomatic dispute between Nigeria and South Africa, the continent’s top two economies.

The plane can carry about 300 passengers.

“A private citizen who owns an airline has offered to evacuate Nigerians from South Africa who want to leave, and obviously there are immigration rules that go with that, so its a process,” Ayanda Dlodlo, South Africa’s Minister of State Security, told reporters in Cape Town.

Zimbabwe’s Foreign Minister Sibusiso Moyo told reporters in the capital Harare that the government planned to evacuate 171 people from South Africa, including the bodies of two people.

Moyo added that Harare would “escalate” the evacuation if the situation deteriorated and he was seeking support from international organisations to help those affected.

In the latest outbreak of xenophobic violence in South Africa, deadly riots last week in Pretoria and Johannesburg killed at least 12 people including two foreigners, and targeted foreign-owned businesses.

The root causes of the latest series of attacks are unclear, although analysts suggest stubbornly high unemployment and grinding poverty were fuelling criminality.

In Katlehong, a township around 35 kilometres south east of commercial hub Johannesburg, 755 foreign nationals including 228 children are being cared for at community centres after fleeing violence.

“While there has been a significant decline in the number of incidents, police forces remain on high alert and are closely monitoring hotspots to ensure further violence does not erupt,” Defence Minister Nosiviwe Mapisa-Nqakula said.

Police have arrested 653 people in connection with the attacks, mostly South African but including foreigners, police minister Bheki Cele said.

South Africa does not know how many undocumented foreigners are in the country of 58 million people. Democratic Republic of Congo, Bangladesh and Ethiopia topped the list of countries where people applied for asylum or refugee status in 2018.

Buhari will visit South Africa next month to address the attacks and seek a solution. (Reporting By Felix Onuah in Abuja and Wendell Roelf in Cape Town; Additional reporting by Libby George in Lagos, MacDonald Dzirutwe in Harare; Editing by Andrew Cawthorne and Ed Osmond) 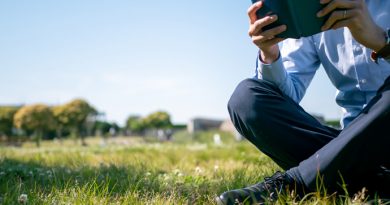 Why now is the perfect time for a corporate book club

Reverend Daniel Kwesi Ayim, Pastor in charge of the Mount Moriah Congregation of the Presbyterian Church, on Sunday admonished Christians