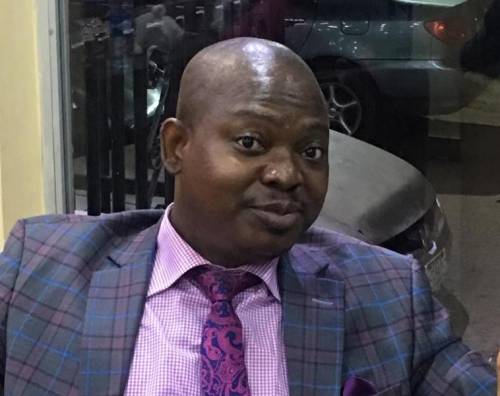 Accompanied by Osarodion Ogie, Edo State governor, Godwin Obaseki, marched into a compound, trailed by a wagon of men singing cheerfully in what looked like a praise of loyalty pledge. He walked in, entering an elevated landing where he will briefly be a listener and then, like always, a talker. But studied closely, at least judged by his own words, what he rather entered was an arena, a tournament of fierce competition.

Obaseki has since prided himself to be in serene peace with all men, insisting there is no bad blood with anyone. More so, he vehemently maintained he was happily in good terms with the former governor, Comrade Adams Oshiomhole. But if events of the past few days are anything to go by, Obaseki’s insistence on the existence of amicable accord, falters and crumbles, as fists gear up in anticipation of cantankerous contention.

Yet, it is nothing to be surprised about, this eventual turn of dynamics, as Obaseki in his three-year stint, has famously secured the reputation of saying things that are amiss, absent and false in reality. This weekend’s comeuppance, however, is characterised by a certain quality, which in its stirring nature, seems to have awakened the truths buried deep in Obaseki’s mind.

Anchored by Ogie, Secretary to the State Government, the truths began to materialise, taking form and spilling unto public access. Ogie, the mastermind behind the humongous government property sales scandal, rather appeared meek. In his speech, employing one among the favourite Nigerian punchline of hope, becoming strangely religious, he reminded the audience that their destiny is not in the hand of anybody. At that moment, it was made starkly clear that all was not well, and the looming danger is powerful and enormous.

What makes the confidence of Obaseki and his acolytes damming is that stubborn insistence that their performance and handling of the state is contrary to objective analysis. When Obaseki took the microphone, his infamous oratory and proficient sophistry could not mask the glaring status of discomfort.

“In the next election, we will shock them,” Obaseki said. And although he may not know it, introduced finally, the searing condition of things: there is fire on the mountain.

But worse than this, is the grand arrival of the more disheartening truth. In his very first statement shot at the crowd cheering his speech, he said: “I want to thank you people, at least your local government is one of those places they have not been able to convince your House of Assembly member to join them, at least you’re being represented in the House today”.

In one breath of statement, Obaseki officialised his raging war against a certain ‘them’, but worst than that, he unwittingly admitted the crippling of democracy in Edo State, emphasising that, at least the particular local government legislator, is today among the favoured nine persons his leadership permitted access to the legislative chambers.

On display were resplendent fangs and sharp claws, threatening to rain fire on Edo in their bid to retain power. Ogie, adopting Christian parlance, suddenly remembered destiny against his history. But it does not cause awe nor wonder because the devil, it is said, quotes and knows the bible too.

For Obaseki, the band remains the same, except that the piper and the tone are now known, with the tempo incrementally adjusted. However, the greatest cause for worry is the deeper consequence of the short speech.

Mayaki, a diplomat, historian, strategist, media and communication expert and Country Director, Coalition for Good Governance and Economic Justice in Africa, can be reached through Twitter: @_johnmayaki, Email: [email protected]