BAUCHI/KADUNA, Nigeria, Sept 10 (Reuters) – A Nigerian Shi’ite group banned by the government said police killed 12 of its members and injured more on Tuesday during marches in the north of country to mark a Muslim holiday.

The government banned the group, called the Islamic Movement of Nigeria (IMN), in July after a series of deadly clashes with police. IMN said the police were responsible for the deaths of at least 20 people in July but the police gave no death toll.

Police in the northern city of Kaduna, where IMN said three were killed and 10 injured on Tuesday, disputed the account and said it dispersed marchers “professionally”. A nationwide police spokesman did not immediately respond to a request for comment.

The group was marching to mark Ashura, the day in Islamic tradition when the Prophet Mohammed’s grandson Imam Hussein died in battle.

Police had warned IMN members not to march, saying that any gathering or procession by group members is “ultimately illegal and will be treated as a gathering in the advancement of terrorism”.

IMN claimed that police attacked its marchers on Tuesday and, in Katsina, opened fire on them. It said marchers were killed in Bauchi, Gombe and Sokoto states, all in northern Nigeria, but that marches in the capital of Abuja and other northern states ended without incident.

Clashes with police in the last few weeks followed calls by the group for its leader to be released from police detention.

Their leader, Ibrahim Zakzaky, has been held since 2015 when government forces killed around 350 people after storming an IMN compound and a nearby mosque.

While roughly half of the nearly 200 million Nigerians are Muslim, mostly concentrated in the north of the country, Shi’ites are a minority.

Last week the United Nations special rapporteur on extrajudicial, summary or arbitrary executions said she had not been presented with any evidence to suggest IMN was weaponised and posed a threat to the country.

Reporting By Ardo Hazzad in Bauchi and Garba Muhammad in
Kaduna; Writing by Libby George;
Editing by Alexis Akwagyiram and Lisa Shumaker

Rage of COVID-19 into second wave: ‘How about 50, 000 travelers into Nigeria escaped testing’ 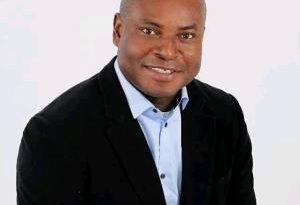