Nigeria’s Vice President, Prof Yemi Osinbajo, has inaugurated the National Livestock Transformation Plan suspected to be a disguise of the widely rejected Rural Grazing Area initiative in Adamawa State amidst protest by the indigenous people.

The protesters, under the platform of Numan Federation, almost disrupted the ceremony but for the intervention of security operatives.

The indigenous people are demanding the inclusion of piggery into the NLTP to erase suspicion.

However, both Osinbajo and governor of Adamawa State, Ahmadu Fintiri, denied in their separate speeches that NLTP had anything to do with RUGA.

CSOs speak on Biden’s victory, lessons learnt, and Nigeria’s future with US 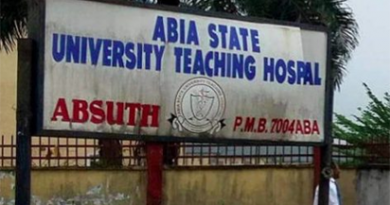 Please Put These TikTok Makeup Charcuterie Boards in a Museum

Homebound and craving comfort, we’re all turning to any peace of mind we can salvage, wherever the source. Well, when