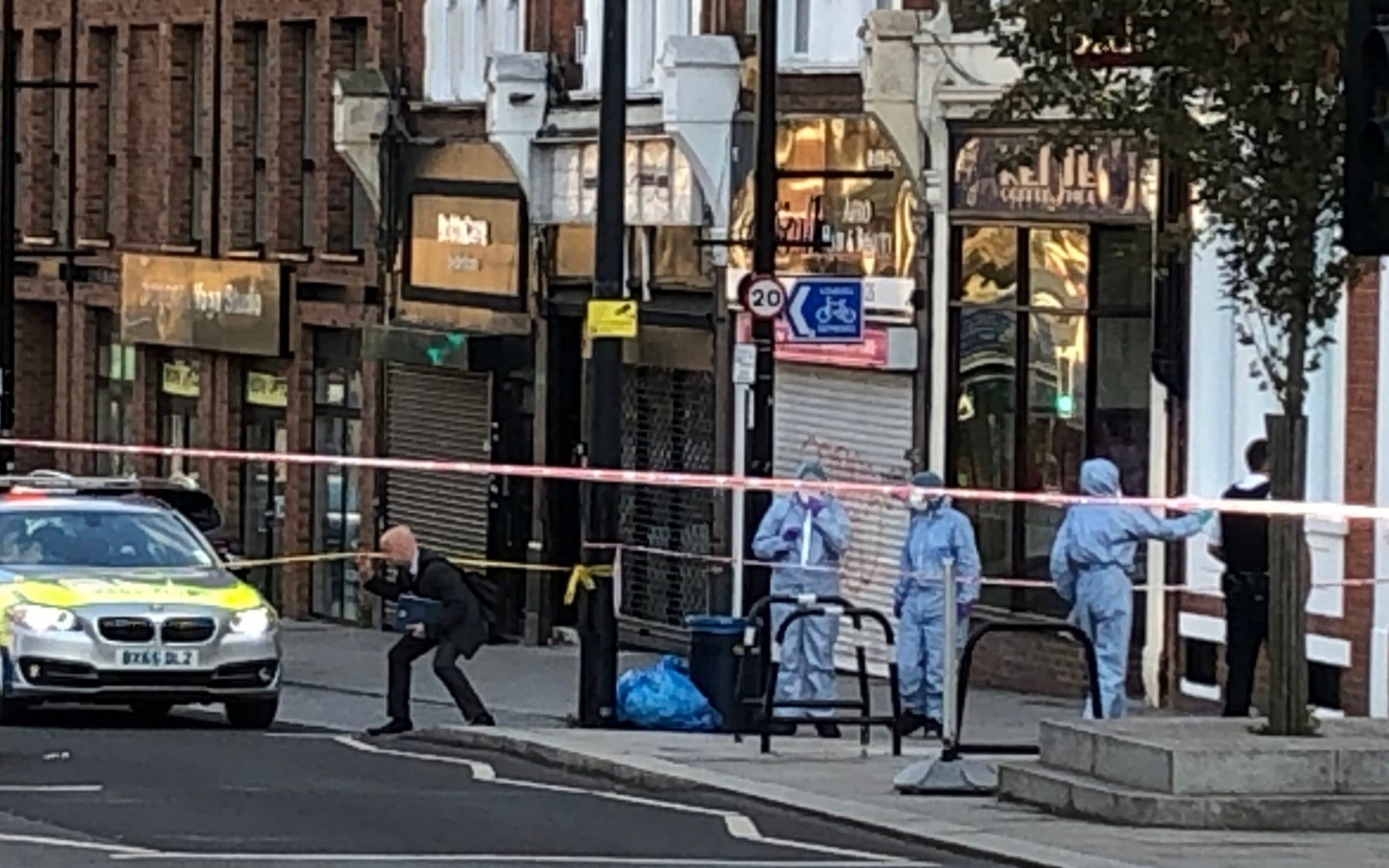 Two people were shot dead in London within eight hours amid police warnings that gangs are finding increasingly inventive ways to import firearms.

A 25-year-old man is believed to have accidently shot himself when a bullet ricocheted off the windscreen of a parked car in broad daylight.

One eyewitness said the victim “came to shoot someone else, but he ended up shooting himself” on a busy street in Sydenham, south London shortly before 4pm on Sunday.

A 56-year-old local resident said: “The bullet bounced off a car window. After it happened, the boy he came to shoot stood there filming him.”

A shopkeeper said a group of men had been sitting in the car but ran off when the other man approached, prompting him to start smashing the vehicle with the back of a gun.“As he was hitting the windows the gun went off and he shot himself,” he said. “That’s what we’ve been told.”

A video of the aftermath that emerged last night showed a man dressed in black and wearing a balaclava leaning over the body yelling: “He’s shot himself, he’s f—ing shot himself” before running away.

Det Chief Insp Richard Leonard from Scotland Yard confirmed that officers were investigating the possibility that the man had “unintentionally discharged a firearm resulting in his fatal injury.”

It was the first of three violent deaths in the capital on Sunday. Some ten miles away, in Kentish Town, a man in his 20s was shot just before midnight.

A witness who tried to save his life said he heard a loud bang before finding the man unconscious on the street with a “tennis ball” sized” wound in his chest.

In a third attack in nearby Camden, a woman named locally as Shakira Mercedes, 23, the mother of a six-year-old boy, was stabbed at around 11.15pm after it is claimed she “tried to stick up for someone” in an argument. A 35-year-old woman was arrested on suspicion of murder.

The violence came as police warned that the “fluid supply” of guns was becoming increasingly difficult to control, with gangs using new and innovative ways of smuggling them past border defences.

Simon Brough, head of firearms at the National Crime Agency (NCA), also warned that the “sheer volume” of firearms coming into the UK represented a “pernicious threat” that urgently needed to be addressed.

“The scale is really challenging, he told the Telegraph. “We are doing everything we can but criminals are operating in a lucrative business where they can be increasingly innovative and operate in a highly effective way.”

Last week, an Irish man found with 60 firearms in his car in Dover, en route from Calais, admitted gun smuggling.

Robert Keogh, 37, was stopped on August 2 by Border Force officers who found the weapons concealed deep inside the vehicle’s bumper and both rear quarter panels.

The number of shootings has been on the rise since 2013 and has in part being linked to the 2,000 drug supply chains identified as part of the country lines network.

Mr Brough said hand guns were being smuggled through eastern Europe, across nexus points in Belgium and the Netherlands and then onwards into the UK.

“Some of the methods criminal groups are using are incredibly sophisticated, for example, they are built into the interior of vehicles,” he said.

“The challenge at the border is the sheer volume of the operation.

“When a gun is coming in as a fast parcel, how can we find that? It’s a needle in a haystack.”

Shotguns lawfully held are being diverted into the criminal market via burglaries while other weapons are purchased blank and then converted.

Mr Brough said there was a trend towards “new and clean” guns being used for the first time  that did not link to previous crimes.

“The source of them and availability leads to incidents such as we’ve seen this weekend,” he added.

Towards the end of last year, the NCA took the rare step of using its legal powers to direct every police force to step up their fight against illegal guns.

Mr Brough said the directive had received a good response and had led to a rise in intelligence and new leads but he said that more investment to develop new capabilities.

US obliterates ‘Isis-infested island’ with 40 tonnes of bombs