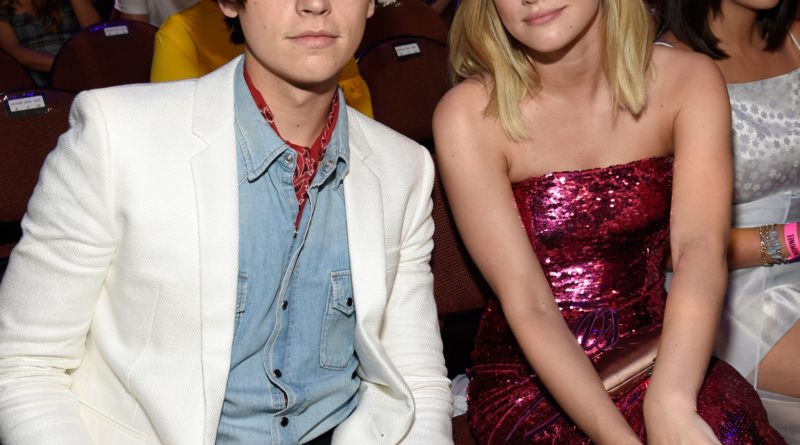 The great mystery of whether or not Lili Reinhart and Cole Sprouse are dating again has been solved by Reinhart herself. The Riverdale actress clearly defined her and Sprouse’s relationship status now in an interview with Coveteur.

The outlet asked her about her Halloween costume plans. That’s when she dropped Sprouse’s title: he’s her boyfriend officially again. “I am [skilled at special-effect makeup]!” Reinhart started. “Oh my god, I haven’t done that in a really long time, actually. I kind of went from special-effects makeup to face painting. So I’ve done a lot in the past. Now I don’t really have the time, which sounds so stupid, but I really don’t. It takes a lot of time to do those things. I think I’m leaning in towards a character for Halloween. I think I’m going to do it with my boyfriend, Cole. I don’t want to spoil it if it’s not going to happen, but it’s a TV duo.”

Reinhart and Sprouse were reported to have taken a break earlier in the summer. But the couple denied the gossip reports, poking fun at tabloid reports about their relationship status while promoting their W interview.

“BREAKING: A reliable source has confirmed that none of you know shit,” Reinhart captioned her Instagram of their W cover.

Reinhart spoke to W about how Sprouse encouraged her to keep their relationship private when they first started dating.

“At first, I didn’t want things private,” Reinhart said. “Now that I’m X amount of years in, I do appreciate the privacy we have, that he’s encouraged me to take. No one knows how long we’ve been together, and no one will until we’re ready to say it. No one knows how we fell in love, except for our close friends and us. It’s really special. If and when we break up on the show, I don’t know,” she said, trailing off, according to W. “It’s weird being with an actor. You deal with shit no one has to deal with.”

Facebook: Russia is already trying to interfere with the 2020 election

Why Marianne Williamson Wasn’t at the October Debate

The Ringway campus of the Ghana Institute of Journalism (GIJ) has temporarily been closed for fumigation. This follows a confirmation