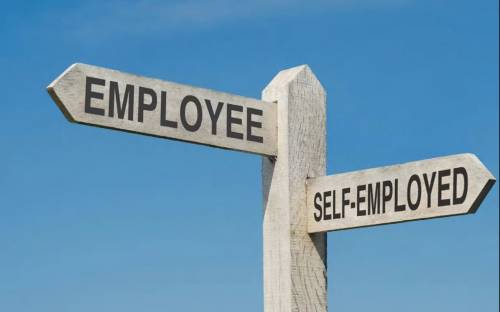 There is an ongoing social media debate on whether being self-employed
is more financially rewarding than being in paid employment.

It all started with a tweet from @Ayo_Aroloye, The Ayo of Lagos,
claiming that being in paid employment will not provide an employee
with the financial means to afford to buy a Benz car.

“Your 9-5 won’t buy you that Benz. Put yourself out there dear,” he tweeted.

The tweet ignited a passionate debate amongst young people on social media.

In responding to the tweet, Mowgli with the handle @abdomos tweeted:
“My 9-5 can buy me Benz (not buying tho). You people should stop using
this to justify entrepreneurship. In everything we do, let’s just keep
working hard and pray for God’s favour.”

Another user, Sir Diskson @wizarab10 said being an employee or an
employer does not exactly guarantee wealth.

@khal2m_ukay tweeted: “Just because entrepreneurship made you
successful doesn’t mean a 9-5 job won’t give someone else success too.
We are all different & it is really immature and absurd to think that
a person with a 9-5 job isn’t living a good life cos he/she isn’t an
entrepreneur.”

He said: “Your 9 – 5 will buy you Benz. Get a strong CV. Do the
hardest work in the company. Handle more responsibility. Ask for your
promotion. If not given, apply for another better job. Your 9 – 5 can
buy you Benz. Say no to fast cash.”

@jaylienwesley had a different opinion.

He said: “the internet will shame you for having a 9-5 job & also
shame you for not having a job while sleeping on an air mattress
trying to fulfill ur dream. then when you make it, they’ll praise your
air mattress story. moral: nobody else matters. just focus on you &
that dream.”

“If you leave your job because Twitter people said 9-5 is shitty and
you cannot become rich via 9-5, you might suffer humiliation/poverty.
Please think it through before quitting. Entrepreneurship is risky and
difficult but it can also be very rewarding. Please plan adequately,”
Dipo Awojide @OgbeniDipo tweeted.