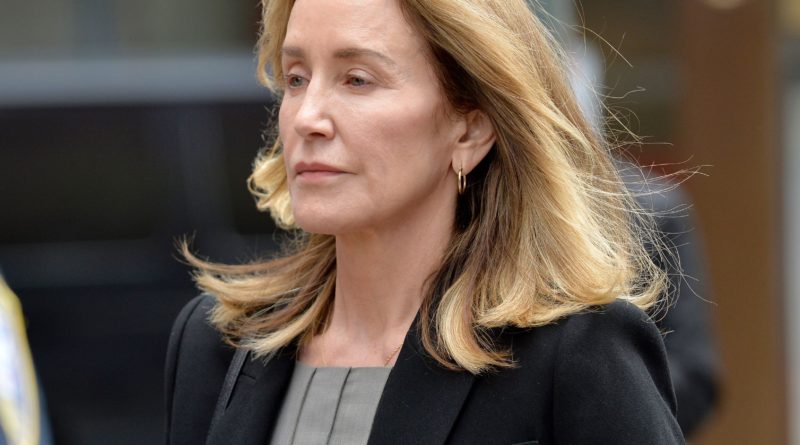 Felicity Huffman is getting support from her famous husband and friends while going through her court ordeal for her part in the college admissions scandal. Huffman’s husband, William H. Macy and her former Desperate Housewives co-star Eva Longoria have each written letters to Judge Indira Talwani in hopes that he will have leniency in the actress’s sentencing.

“Motherhood has, from the very beginning, frightened Felicity and she has not carried being a mom easily. She’s struggled to find a balance between what the experts say, and her common sense,” Macy wrote.

Longoria detailed her experience being bullied on the set of Desperate Housewives, writing that Huffman was one of the few people on set who stood up for her.

She wrote: “To a young, naive Mexican girl who felt like I didn’t belong, those gestures meant the world to me.”

Prosecutors are urging the judge to sentence Huffman to one month in jail as well as pay a $15,000 fine after she pled guilty for paying $15,000 to William Singer’s college prep company to doctor her daughter’s SAT scores.

In total, Huffman has had 27 people write letters to the judge in support of her. While pleading guilty in April, Huffman made a statement taking responsibility for her actions.

“I am in full acceptance of my guilt, and with deep regret and shame over what I have done, I accept full responsibility for my actions and will accept the consequences that stem from those actions,” she said. “My daughter knew absolutely nothing about my actions, and in my misguided and profoundly wrong way, I have betrayed her,” she continued. “This transgression toward her and the public I will carry for the rest of my life. My desire to help my daughter is no excuse to break the law or engage in dishonesty.”