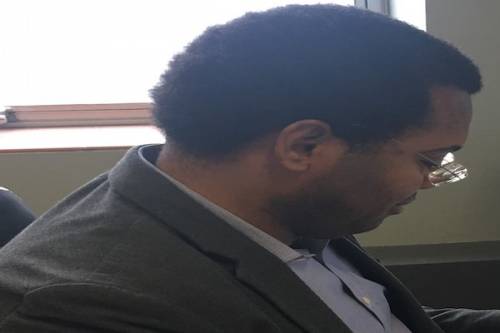 Outrage on the latest round of attacks against Nigerians in South Africa continues to grow. Evidence from comments of at least two senior members of the South African government and the reticence of President Cyril Ramaphosa suggest that the disdain for Nigerians runs deep. The disdain for Nigerians and other black African immigrants seems to have become part of the oxygen of populist politics in South Africa with one notable exception — the Economic Freedom Fighters led by Julius Sello Malema.

The government of the African National Congress (ANC) appears willing to condone mob action — and therefore, risk breakdown of law and order — by some of its citizens to deal with their African brethren. It is profoundly sad on multiple levels.

Over a decade ago, a colleague was arrested in South Africa. He was taken to the police station, locked up while officers checked out his credentials. They discovered he was in fact from Mozambique and not Nigeria. As they realized their error and released him, one police officer informed him that they were arresting Nigerians to celebrate the birthday of one of their fellow officers. It was a kind of game and my colleague was unfortunate because he “looked like a Nigerian”. The experience provided an interesting context to his research and subsequent book on anti-black xenophobia in South Africa.

Nigerians are morally justified to expect better from South Africa, particularly the leaders, who ought to know and act better. The internet is awash with documents purporting to demonstrate the degree of human and material resources Nigeria provided to the ANC and black South Africans to defeat apartheid. Twenty-five years later, it appears there is no room for immigrant black Africans in the rainbow nation.

My take on the issue takes a slightly different slant. My fellow Nigerians, South Africans have the right to forget what Nigeria did for them in the fight against apartheid. The most pertinent question is what have we as Nigerians done for ourselves in the last four decades? What have we done to our country and ourselves since the 1980s and 1990s? Nation-states are identifiers. The citizenship they confer is a value-laden currency. This currency is omnipotent.

To all intents and purposes, the currency presents to the outside world a synecdochic description of the citizens: Their ostensible character, morality, worldview, and background. This currency is used to delineate those who can be trusted from those who must be avoided at all costs.

My perspective is captured by a Yoruba proverb “Ti iya nla ba gbeni sonle, kekere a ma gun ori eni”. This may be translated as “we suffer indignities from lesser issues after being defeated by a larger problem”.

The assassination of Nigerians in South Africa is a symptom of a larger problem: The leadership crisis in Nigeria and the erosion of our value system. The latter has manifested in a get-rich-at-all-cost mentality evident in the reputation of Nigerians in the fields of internet scam (or “419”), human trafficking, drug peddling, and transnational prostitution. These have provided excuses for those behind the attacks.

There were extrajudicial murders of Nigerians in South Africa long before Rochas Okorocha built a statue for Jacob Zuma in 2017. Nonetheless, Okorocha, as the governor of Imo State, rolled out the red carpet for the South African president at a time when our fellow citizens were being killed in South Africa. It was a signal to the world that the lives of the people did not matter to their leaders. But it gets worse.

The tragic death of 26 Nigerian young women in the Mediterranean in November 2017 failed to generate swift action at the highest levels of government. For a people growing increasingly accustomed to Boko Haram suicide bombings, herdsmen killings, kidnappings, and cult-linked killings, among others, the news value of the epic tragedy sadly, did
not reach the proportions that such an incident ought to command.

The main concern on social media immediately turned to the burial given the young women in Salerno, southern Italy. The Salerno city council put the remains of the deceased in coffins and gave them in death the dignity they were refused while alive by their government.

Why are people running away from Nigeria? The answer to that question is the reason behind the lack of value on the lives of Nigerians both within and outside Nigeria. Some middle-class Nigerian families granted visitors’ visas to the US have been walking into Canada to apply for refugee status. People who were, in fact, doing well in their careers have been abandoning their relative comfort for an uncertain future. It is didactic that some Nigerians are tweeting something along the lines “If South Africans want to see the full wrath of the Nigerian military, they should attack our cows.”

It is a sobering joke. Successive Nigerian governments have failed to dignify the life of the Nigerian. In particular, the current government has not upheld the sanctity of human life and has privileged the lives and welfare of cows. Most of its most decisive public statements and actions have been in relation to protecting cattle.

Political leaders everywhere are called routinely to take ownership of and solve problems they did not create. Solving such problems, regardless of the source, is a major part of governance (although leadership credentials and credibility may be questioned if all a government does is put out fires). The refusal of the South African government since the days of Jacob Zuma to condemn unequivocally the violent acts against Nigerians is part of the problem. It has emboldened the assailants and led to reluctance on the part of the South African police to act to prevent the attacks.

The Nigerian government should have addressed this issue long ago. The attacks in South Africa cheapens the value of our collective citizenship — if “humanity” is too vague and ostensibly grandiose as an organizing principle.

The minister of foreign affairs should take responsibility at times like this but the president is the head of government and state. An address by the president on this matter is long overdue. Such address should remind South Africans about our historical ties, ongoing relationships and grievance about the needless deaths of Nigerians. It should be a stern warning without being politically vulgar.

My point is that the killings in South Africa reflect our failure in governance. I suspect that part of the problem is a sincere lack of awareness of what governance is all about.

Governance is not about weekly Federal Executive Council meetings — one of the world’s most irrational waste of time by an executive arm of government. It is not about approving contracts. Governance is hard work. The hard work begins before you run for office. It involves serious reading, planning, and attention to detail.

The lives of Nigerians will be valued when we begin to elect leaders who know what they are doing. Statecraft needs to improve in Nigeria. 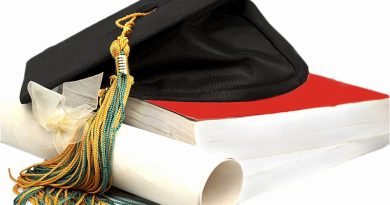 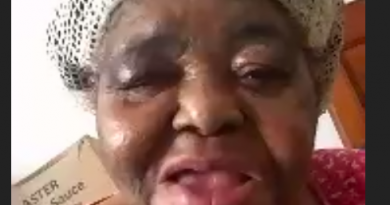 El Rufai committed to Health for all — Deputy Gov