LONDON, Sept 5 (Reuters) – Asian and European buyers continued to show interest in Angolan oil as it sells briskly this month, but remaining cargoes will need to be discounted to sell, according to some traders.

* Around 15 cargoes of Angolan oil remain available for export in October.

* Chinese buyers are on pace to buy much of Angola’s supply, but state oil company Sonangol has lowered its offer for its last remaining cargo for the month, a Dalia.

* High volumes for October loading at the North Sea’s new Johann Sverdrup field were causing traders to question some of the high offered prices for comparable Nigerian grades.

* Bonny Light and Qua Iboe continue to be offered for as high a premium of $3.00 compared to dated Brent.

* Ghanaian TEN and Jubilee were being offered at a premium of $2.80 and $3.10 compared to dated Brent, respectively.

* Indonesia’s Pertamina issued a buy tender for light crude cargoes, including west Africa, for Nov. 1-19 delivery. It closes on Sept. 6 and remains valid until Sept. 10.

* Indonesia’s Pertamina issued a second buy tender for condensate cargoes for Dec. 1-5 delivery cargoes. It closes on Sept. 6 and remains valid until Sept. 10.

* Both Uruguay’s ANCAP and Astron Energy in South Africa issued tenders for crude exporting on October, though details did not immediately emerge.

* Exxon Mobil has agreed to sell its Norwegian oil and gas assets for up to $4 billion, in a move that marks the U.S. firm’s exit from production in the country where it has operated for more than a century, sources said on Thursday.

We Need To Teach Men Women Aren’t Subordinate, Don’t Belong To ‘The Other Room’, Says Vice-President Osinbajo On Father’s Day 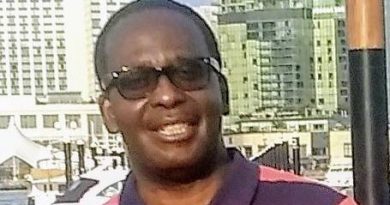 As VP And Law Professor, What Has Pastor RUGA Done To Reform Nigeria’s Primitive Justice System? By Bayo Oluwasanmi

.Hi My name is *Nelson* and I work with *Engr Ofon* an International Consultant/Business Coach at *Share it, Get Paid* Project Thanks for joining our Business support group, where we will be exposing to you how we intend to support you to build massive wealth via our campaign, to fund your dreams. Here, we support you to generate a cumulative earnings of 2 million Naira within 2 months, and to keep earning a daily income of 10,000 to 150,000 Naira. *Just a brief introduction about 'Share it, Get Paid'*: We are in the Sharing Economy, and that's how most brands have become multi-billion dollar brands today (Eg Amazon, Facebook, Airbnb, etc) Our Aim in this project is to help individuals become financially successful within 2 months to 3 years.... Those who have followed this system in the past 14years have grown to make at least N4million monthly.. The only requirement is the willingness to build a business and to own a smart phone or laptop because most of the tools are used and accessible via these devices from anywhere across the globe. Now our international Consultant will be unveiling this great Biz opportunity everyday by 7pm via zoom meeting. You are to download the zoom cloud meeting app, sign up and then click on the link below by 7pm. The link: Business presentation by 7pm *Topic: 'Share it, Get Paid' Business Expo* For more information; *AFTER THE TRAINING * call 📞 *08137656231 Call and follow up accordingly!!! Good luck api.whatsapp.com/send?phone=+2348137656231&text=Am_in_interested_in_SHARE_AND_GET_PAID_INVESTMENT...