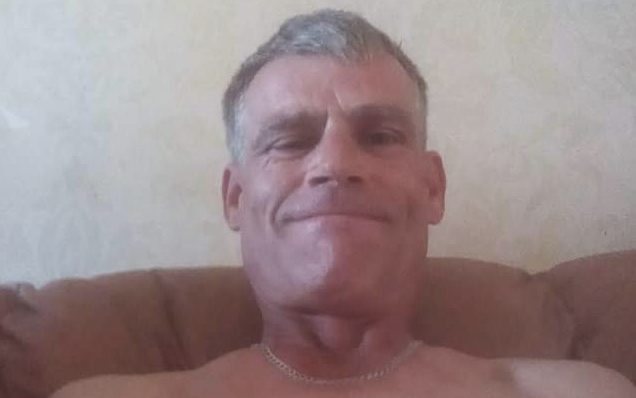 A racist vowed to “kill all Muslims” before trying to murder a teenager the day after the Christchurch mosque terror attacks, a court has heard.

Vincent Fuller, 50, lunged at 19-year-old Dimitar Mihaylov’s neck with a 12-inch kitchen knife through a car window in a Tesco car park in Stanwell, west London, on the night of March 16.

He calmly said “you’re going to die” in an “evil way” before plunging the blade into the victim’s left hand, which he raised to defend himself, Kingston Crown Court heard on Thursday.

Fuller pleaded guilty to attempted murder over the attack at a previous hearing and prosecutors say he is a far-right terrorist who, in the hours leading up to the attack, was heard shouting: “All Muslims should die. White supremacists rule. I’m going to murder a Muslim.”

He also praised the actions of Brenton Tarrant, the Australian accused of carrying out the New Zealand shootings, which left 51 people dead, after watching a livestream video of the atrocity.

Fuller, who sports a British Bulldog tattoo, said: “I agree with what than man did in New Zealand as we will not be brainwashed…”

In another post, he wrote: “I am English, no matter what the government say kill all the non English and get them all out of our of England. We ate (sic) English.”

Prosecutor Jonathan Polnay said Mr Mihaylov, who is British with Bulgarian heritage, was targeted because he has lightly tanned skin and was sat next to a friend, who had a long beard and was wearing a bandana.

“Fuller entered the carpark and put into effect his stated plan to ‘kill a Muslim’,” he added.

Mr Polnay said: “This defendant went on a rampage on the streets of Stanwell. There is no issue between the prosecution and defence that his conduct was motivated by racist and religious hatred, bolstered by the consumption of alcohol.

“The prosecution go a step further, that his intention was to strike fear into the hearts of people he described as ‘non-English’, in particular Muslims.”

Before the attack on Mr Mihaylov, Fuller left his upstairs maisonette armed with a Chelsea football club-branded baseball bat, which he used to bang on the door of his neighbour, Paramjit Bansal, who is of Indian heritage.

Video footage from a camera in her doorbell, which was played in court, shows Fuller, hooded and wearing a cap, swinging the weapon and using racist and threatening language.

Fuller was also caught on CCTV as he wandered up and down Town Lane swinging his bat at those inside passing cars, hitting one so hard he broke his weapon.

Mr Mihaylov was parked in his BMW with his window down at around 11pm when Fuller approached.

The prosecutor said the blade went into the victim’s hand as he tried to defend himself and clipped his neck before he was able to drive away.

Roofer Mr Mihaylov missed three months of work because of his injuries.

He said in a victim impact statement: “I realise how lucky I am to have made it considering how many little details could have gone wrong and ended up with a knife in my neck, which is why I now have a tattoo saying, ‘second chance’, on my neck.”

Fuller was Tasered as he was arrested by armed police before he called officers “immigrant scum” and “race traitor”.

Fuller tested positive for cannabis and alcohol and told police he had downed a large bottle of cider and three cans of strong special brew lager.

In interviews he branded his Facebook post about the Christchurch massacre “disgusting” and claimed “I’m not racist”, telling officers he had friends from Kenya and Jamaica.

Judge Peter Lodder QC said he must decide whether the attack is “terrorist connected” before sentencing him on Friday or next week.

Fuller has 24 previous convictions for 59 offences, including a six-year prison sentence in 1998 for robbery after he stole handbags from elderly women.

A Deputy Minister for Health, Dr. Bernard Okoe Boye has rejected claims that government may be hiding the actual coronavirus