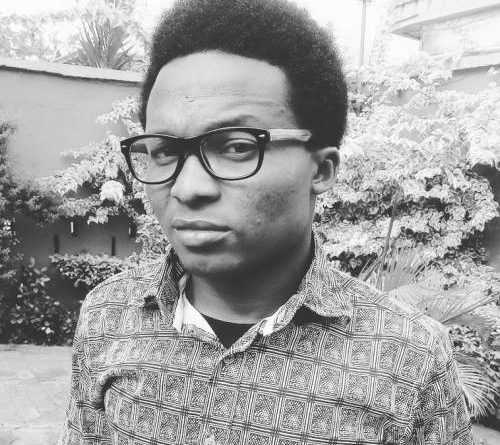 For the first time since the creation of Cross River State in May of 1967, there appears to be a lot of consciousness from Cross Riverians who are legitimately determined to demand transparency and accountability from their governor and other elected officers in the state. The advent of social media made this possible, ensuring that government-owned media organizations lose control of information about public institutions. The result is that citizens are now empowered with a voice with which to call out their political leaders when the need so arises.

In the case of Citizen Agba Jalingo, he is a journalist and an activist who uses his online media platform known as CrossRiverWatch to demand accountability and transparency from the Governor of Cross River and other political office holders in the state. In so doing, he has not gone outside of his journalistic responsibilities to warrant an arrest, detention, and torture of any kind.

An academic essay published by Columbia University, New York on the 19th day of May 2008 has this to say about the role of the media as the watchdog of the society: “The institutional arrangements of democracy provide the most hospitable environment for watchdog reporting. The constitutional and legal protections for a free press as well as access to government-held information give journalists not only the right, but also the tools with which to monitor government.”

The arrest of Agba Jalingo over an essay he published on CrossRiverWatch in which he asserted that Governor Ben Ayade approved and diverted N500 million meant for a microfinance bank in Calabar is undemocratic and extremely tyrannical.

More worrisome is the fact that Agba Jalingo had been served a letter from the police inviting him for an “interview” in Calabar slated to hold on the 19th day of August 2019. Upon receipt of the correspondence, Jalingo reached out to the police informing them that the date for the interview was not convenient to him and that there was a need to reschedule the said interview. Both parties eventually fixed 26th of August, and Jalingo published an essay titled: “Why I Will Honour Police Invitation”. But in a curious twist of event, the police invaded Agba Jalingo’s residence in Lagos on the 22nd day of August 2019, four days before the day of the “interview”, harassing his wife and staff before whisking Jalingo to Calabar in the most dehumanizing fashion.

Jalingo has since been abandoned in police custody in Calabar for two weeks without a charge. The Nigerian police, primarily set up to defend and protect Nigerian laws, are violating the same with remarkable impunity. The detention of Jalingo for more than two weeks in spite of his failing health is a violent violation of his fundamental rights. But the police is clearly not perturbed about observing the due process of law seeing that they are acting on the orders of the governor who is hell-bent on arbitrarily punishing Jalingo for exercising his right to freedom of expression and the press. By his actions, Ben Ayade is telling Jalingo that he is the Governor of Cross River State and that whatever the law says matters nothing to him. Governor Ben Ayade is telling Jalingo that as governor, he has enormous and gigantic powers to which Jalingo must bow.

I read in the papers that Agba Jalingo has been charged with terrorism and a treasonable felony for criticizing Governor Ben Ayade. Although this may be the finished plan, the truth at the moment is that Jalingo is yet to be charged because the police vehemently refused to arraign him in court for the charges to be read to him and be asked whether or not he is guilty of same. Jalingo was simply served with court papers in his cell on which trumped-up charges of terrorism and treasonable felony were written. They have refused to arraign him to enable him to defend the allegations heaped upon him. And as if the illegal detention was not enough, the police have consistently declined service of the fundamental rights action filed by Jalingo to challenge his continuous detention without trial. Since last week, every attempt to serve the processes on them has failed because the police continue to reject the documents. Their arrogance is indeed amazing.

Towards the fall of 2014, I applied for a course titled: “Citizen Engagement and Preventing Corruption” made available by the United Nations Public Administration Network (UNPAN). The course generally focused on citizen participation in governance and how corruption can be prevented by so doing. Such courses are available because the world understands that citizen participation in the political process enhances accountability and strengthens democracy. Jalingo insistence to demand transparency is well in order.

As Ben Ayade continues to wield his “enormous powers” as Governor of Cross River State by arbitrarily jailing his critics, the important questions I present to the Nigerian public are: can Ayade competently detain Agba Jalingo for the publication of a story which the governor feels he was defamed? What is the proper procedure to seek redress in law in the case of libel? Is libel pursued via criminal or civil proceedings? Jalingo has been detained for two weeks without charge(s), what then is the maximum period a “suspect” ought to be detained in a police cell before being charged to court?

More heart-rending is the fact that the Commissioner of Police in Cross River, Mr. Austin Agbonlahor, has made himself readily available as a tool for political repression against the governor’s critics at a time when cult groups, bandits and kidnappers roam freely in Cross River. It has become imperative, therefore, to petition relevant entities to demand an investigation into the despicable role of Mr. Austin Agbonlahor in the continuous violation of Agba Jalingo’s fundamental rights.

Governor Ayade is just a public office holder, elected by Cross Riverians to oversee the running of the State for a period of four years that will expire in no time. Ayade is not and cannot be the owner of Cross River State. His office is therefore subject to public scrutiny, either by Cross Riverians or any concerned person(s). It is shocking to realize that a governor who rode to power on the back of democracy can have such a strong aversion to transparency and accountability, two of which are an integral part of any democratic society.

When Governor Ayade rose to power in May of 2015, I was excited and hoped that his administration stood out from his predecessors’ (and I still do). I went further in August of that year to author a treatise titled: “An Open Plea To Governor Ben Ayade”, through which I congratulated him and suggested steps he could take to emancipate our people from the firm clutches of poverty, illiteracy, and starvation.  I equally detailed how corruption from previous administrations had impeded our progress and prosperity.  But after three years into his reign, it became clear from the governor’s policies that the well-being of our people was at the backseat of his administration. It became inevitable to ask genuine questions at that point.

Nigerians and the world must also understand that, apart from being a journalist, Agba Jalingo is also the Chairman of the African Action Congress (AAC) in Cross River State. So, assuming without conceding that Agba Jalingo is not a journalist who is legally empowered by law to hold the government accountable, is it right for Governor Ayade to arrest and arbitrarily jail political opponents for criticizing his administration?

I urge fellow Cross Riverians to resist the rise of dictatorship in our state and continue to sue for good governance by demanding accountability and transparency from Ben Ayade and all elected public officers in the state. They should resort to lawful means, including holding peaceful protests to press home their demands.

In conclusion, Governor Ayade should with immediate effect direct for the release of Agba Jalingo from illegal detention and discard the bogus allegations of terrorism and the treasonable felony that have been concocted against him. Nigeria is a democratic nation and elected PUBLIC SERVANTS who are intolerant of dissenting views are unfit to be part of our democratic process. They should either resign or respect the rule of law.

I leave His Excellency, Governor, Professor, Sir Ben Ayade with these words: A wise leader does not silence his critics by unleashing state might against them, he silences them by confronting and addressing the cardinal issues they raise.