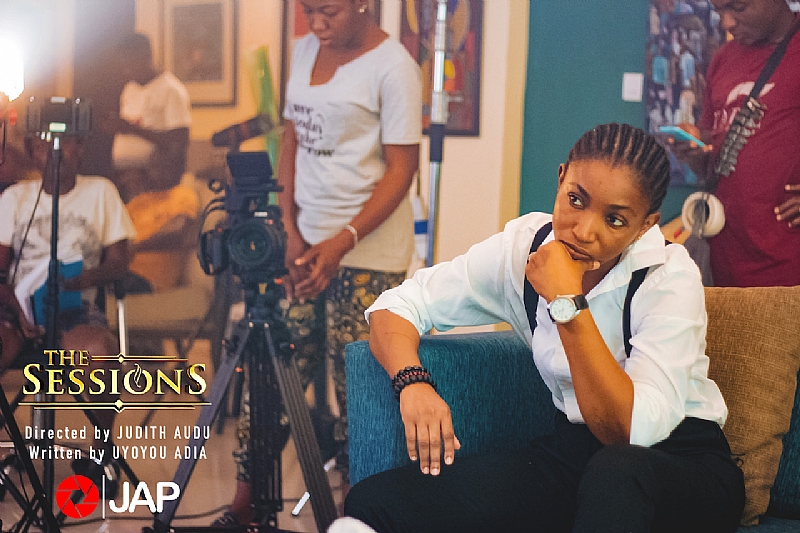 After a very successful shoot of her last produced movie ‘The Family’ shot earlier in the year, Nollywood actress and filmmaker, Judith Audu, has teamed up with two of her industry colleagues, Omowunmi Dada, and Uyoyou Adia for another feature film titled ‘The Sessions’.

Written by the award-winning Uyoyou Adia, and shot in Lagos, the actress says that the drama filled with different relatable scenes is one that promises to keep the audience glued to the screens.

“Everyone who knows me know that I am drawn to a good story. Uyoyou. Adia is a very fantastic writer and I love her out-of-the-box storylines, very relatable and her dialogues are amazing. I believe people would love everything about the movie,” she said.

A riveting tale of love gone sour, ‘The Sessions’, tells the story of Onome Oghenekaro who is married to Banjo. All seems to be going smoothly until her past comes calling. What was supposed to be a smooth sail turns into a turbulent ride as Onome finds her marriage going through tough times.

Her friend Eloho, a therapist decides to wade in to help Onome and Banjo get their marriage on the right path, but as they unearth events from the past, the true nature of the situation begins to show. We also. Get to realise the Therapist is also struggling in her relationship. Will there be a compromise to make the marriage work? And Will the Therapist fix her relationship issues from the couple stories?

The Sessions will be released at the end of 2019.

Many Sins Of An Acclaimed Legend, General Tukur Buratai​ By Adejumo Kabir​

Dis is not fake news

Let us produce a video advert for you...

Robot taught empathy through pain, and other tech news