The BBC is planning to launch a digital voice assistant next year, the corporation has announced.

It will not be a hardware device in its own right but is being designed to work on all smart speakers, TVs and mobiles.

The plan is to activate it with the wake-word Beeb, although this is “a working title”, a spokesman said.

BBC staff around the UK are being invited to record their voices to help train the programme to recognise different accents.

Analyst Ben Wood, from CCS Insight, was among those who have expressed surprise at the news.

He said he feared the BBC would find it difficult to compete with the tech giants already in this market, such as Amazon, Google and Apple.

Chinese tech firm Baidu and Amazon had a combined 43% share of the global smart-speaker market in the second quarter of 2019, according to a new report from Canalys.

Firms like this are already able to invest “eye-watering sums” to solve the challenges presented by regional dialects and still face problems, Mr Wood said.

He also expressed scepticism about the choice of the wake-word.

“Typically voice assistants use a multi-syllable word or phrase such as Alexa or Hey Google to ensure accurate identification. I fear Beeb might end up being unreliable,” he said.

The BBC said the word had worked well in its research so far but added that it was not a final decision.

It said that that having its own assistant would enable it to “experiment with new programmes, features and experiences without someone else’s permission to build it in a certain way”.

“Much like we did with BBC iPlayer, we want to make sure everyone can benefit from this new technology, and bring people exciting new content, programmes and services – in a trusted, easy-to-use way,” said a spokesman.

“This marks another step in ensuring public service values can be protected in a voice-enabled future.”

Machines have learned how to be creative. What does that mean for art? 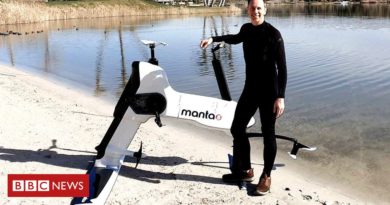 I told u Bayern Munich will dissect these small boys in their home ... See MoreSee Less

Hmmm they really do

What is the scores

In Edo, Governor Obaseki has suddenly become an emperor, a gate keeper, who desires to see that everyone who intends to visit Edo State, must obtain visa or boarding pass in order to guarantee his ent...
View on Facebook
·Share

The threat of a rat av nothing to d with d cat.

One of oshiomole's foot soldiers bullshitting again, as usual, druming support for a famous gang star, area boys chairman like oshiomole, a man heading to prison in the nearest future

Obaseki is the sheriff

Brother and Sister, Forget ur HND, B.sc, M.sc, Phd, if you lack Home Training you are an illiterate. Good morning everyone ... See MoreSee Less

Nonsense post from a bastard child of a useless father who at least, cannot send the only child to school

Edo State House of Assembly, has passed a Bill for a Law for the establishment of the School/College of Nursing, Igbinedion University Teaching Hospital and other matters related thereto. ... See MoreSee Less

Caring boy Keep it up

I love this baby

Awwwn This is so sweet ❤️

Turns out Uber and Lyft rides are not eco-friendly at all: study

In “Life in Synchro,” this hyperfeminist sport empowers women to work together