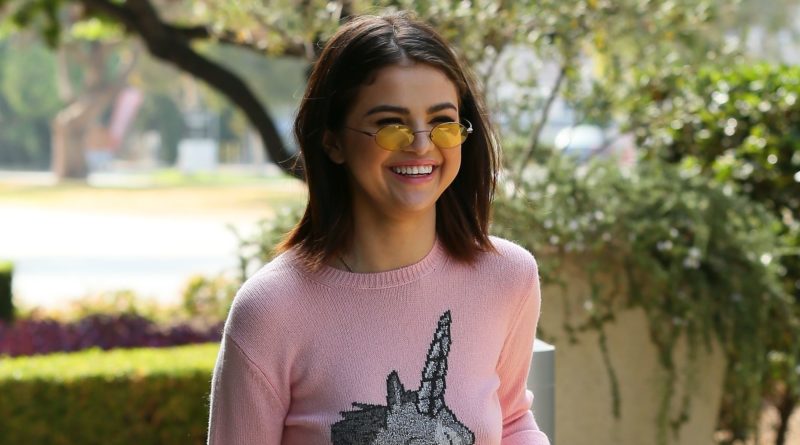 Selena Gomez is still living her best life this summer, have no doubt. The singer was seen out at Six Flags yesterday, riding rides and posing with fans. She did a Boomerang with two who were at the park’s Magic Mountain. There’s a lot of sass and joy in the shot:

Another person in the park filmed her on one of the more turbulent rides. Fan account TheSelenaRundown posted footage with Gomez circled for easy viewing:

Gomez is clearly an amusement park fan, as Six Flags is not the only theme park she has been seen out at recently. Gomez also went to Disneyland two days in a row back in May. It’s where she spent this year’s Met Gala night, in fact, while a lot of Hollywood was over in New York City, dressed up at the Metropolitan Museum of Arts.

Back when she was dating The Weeknd in 2017, one of their final public dates was a group outing to Universal Studios during one of its Halloween Horror Nights. So Disneyland, Six Flags and Universal Studios: Gomez has done all the major amusement parks in L.A.

Gomez’s work schedule is expected to pick up this fall. A source explained to Entertainment Tonight shortly after her birthday trip to Italy that Gomez “is really enjoying this time off before things ramp up again. Selena has been working on new music and plans to release some this year. The new music is going to be a different side of Selena and very personal. Selena has gone through a lot over the years and is ready to share it with the world.”

Gomez hinted her playtime is just about over on her Instagram, when she shared a post captioned “Sometimes I can’t express how truly grateful I am. Now.. Back to work,” on August 1.

The faith of the Fox Nation: belief in opinions trumps hope in news

Former CEO of the Forestry Commission Mr. Kwadwo Owusu Afriyie aka Sir John Listen to article The shattered CEO of