Gamers around the world are preparing for the Fortnite Champions Series, which starts on Saturday.

It is the first competitive event since last month’s inaugural World Cup in New York, which had a record-breaking $30m (£24m) prize purse.

Many of the newly-made millionaire stars of the World Cup will be taking part in the multiplayer shooting and building game.

One man who will be just as busy and nervous is Hugh Gilmour, even though he will not be touching a controller for the entire competition.

The 19-year-old, whose online name is Destiny, is arguably the world’s most successful Fortnite coach.

He mentored the top three finishers in the solo competition in New York.

The list includes 16-year-old Kyle “Bugha” Giersdorf, who won the title and is now $3m richer.

And Hugh also helped the top three teams to success in the doubles event.

Even though he helped coach the winners, who received huge prizes, he himself has not become rich – only charging his clients a fixed fee of £120 with no percentage of winnings.

However, Hugh has no regrets over the situation.

“I only turned from player to coach full-time in July, so I used the World Cup as an entrance event and it was an incredible moment for me,” he told the BBC.

“I was at home watching the matches so closely, and even though it was my players who were making all that money, I was thinking ‘this is great for me too’,” he added.

From failed player to successful coach

Hugh lives with his parents in Kent, England and was a competitive player himself, until he decided to make the switch after failing to qualify for the World Cup.

“I got into Fortnite when it went really big in March 2018. I was working at a gym and I started playing to a high standard, then casually helping others with tactics and tips,” he said.

“Once I went into coaching, I told everyone in my Fortnite community that I was available. It went from there.”

Hugh’s coaching is all done through video chat on the gaming platform Discord.

Although he also helps with the mental preparation, the bulk of his time and effort goes into analysing matches and developing tactics.

The battle royale style of Fortnite involves 100 players being dropped on to an ever-shrinking island, where they have to race to get weapons and materials to help them survive to the end.

Developing tactics for the first few minutes of each match is crucial to victory.

Hugh says he spent eight hours a day on each of the 11 days leading up to the World Cup, collecting data and intelligence for his players on their opponents’ likely movements.

Hugh said: “A lot of people look at Fortnite and think it is a cartoony video game made for kids, but it’s actually really complex and deep.

“It’s an intense game with mechanical work, target practice and looting. There’s so much going on, you have to have a good early game set-up with items and building materials.

“That’s where a lot of my work goes. I watched back dozens and dozens of matches to find out which of my players’ rivals are likely to get in the way of a good early game set-up.

“You don’t want to bump into a decent player early on, or get to a loot spot too late to get the weapons.”

Hugh showed the BBC a route map that he made for Bugha, the winner of the World Cup.

It shows the 16-year-old’s preferred landing spot and route in the first few minutes of an average match and compares his plans with those of his opponents.

Using this and other player statistics and behaviours, Hugh was able to make plans and contingencies for how to beat certain players.

He also developed specific techniques for how players could, for example, defend themselves in certain exposed areas on the map.

Rojo says the coaching was invaluable: “Knowing where other people were dropping and fine-tuning our own drop with rotation was so important.

“We made a few mistakes that got fixed before the tournament thanks to Destiny pointing them out.

“We would have most likely made those mistakes at the World Cup and not got second place.”

Rojo, like many Fornite professionals, says that coaching is now a big part of e-sports.

“Coaching is, in my opinion, already one of the most important things in e-sports. Whether it be video analytics, tactics or mental coaching, it releases the weight from players’ shoulders so they can focus on their own game.”

Coaching in e-sports is already well established in older games like League of Legends or Fifa.

According to the British Esports Association, teams pay about £26,000 for a full-time coach, often with a share of the winnings as well. 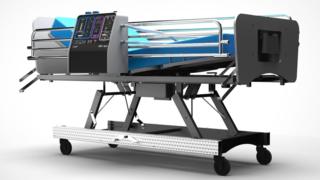 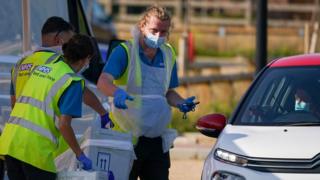 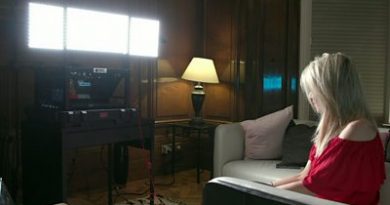 Crew in a Box: A plug-and-play studio kit