Amazon workers praising their working conditions on social media are being accused of lying by other users.

Twitter users are pointing to apparent inaccuracies and “robotic” or “scripted” language as evidence that employees are being “paid to lie”.

A number of parody accounts have been set up mocking the tweets by the staff, who are called Amazon ambassadors.

Amazon told BBC News their ambassadors are members of staff who post their personal experiences on social media.

In a statement to BBC News, the company said: “Fulfilment centre (FC) ambassadors are employees who work in our FCs and share facts based on their personal experience.

“It’s important that we do a good job educating people about the actual environment inside our fulfilment centres, and the FC ambassador programme is a big part of that, along with the FC tours we provide.”

The ambassadors praise working conditions in the retailer’s warehouses, and actively find and respond to tweets critical of the company’s practices.

One ambassador, known as @AmazonFCHannah on Twitter, posted on Thursday: “I suffer from depression too, and at one point I wanted to quit Amazon. But I realised it was my fault for the problems I was dealing with, and not Amazon’s.

“I’m allowed to talk to people, but sometimes I don’t want to. Now I have some great co-workers to pass the nights with.”

I suffer from depression too, and at one point I wanted to quit Amazon. But I realized it was my fault for the problems I was dealing with, and not Amazon’s. I’m allowed to talk to people, but sometimes I don’t want to. Now I have some great coworkers to pass the nights with.

The same account also defended Amazon’s policy of not recognising trade unions in its US warehouses, saying its pay and conditions made them unnecessary.

Another account, @AmazonFCRafael, also responded: “It’s true that our managers don’t have the power to improve our wages, but they can help and look out for employees like me on doing the job that we do.

Earlier this month the same account holder said he was grateful to have been able to take a week of absence by using annual leave and sick days.

Sceptical Twitters users accused the accounts of posting scripted messages in the guise of real experiences.

“Every single tweet by one of those ‘Amazon FC Ambassadors’ has the exact same energy as someone answering the door with a gun to their head, and telling the cops that everything is fine,” wrote one critic.

When asked why she tweeted, @AmazonFCHannah replied: “I get to do this two days out of the week so I get a break from work. Last group of Ambassadors got a gift card, so I might get one of those too.”

One widely-circulated tweet accused the accounts of being fake, and shared a post from 2018 by @AmazonFCRafael about being excited that her grandchildren were coming to visit, but the account profile picture is of a young man.

In response @AmazonFCRafael claimed those tweets were by the previous ambassador and that the accounts are used in rotation.

What are Amazon fulfilment centres?

In 2018, Amazon changed the name of its warehouses to fulfilment centres and launched the ambassador programme, as well as inviting the public to visit its centres.

It said the centres educate the public about the retailer, but critics claimed the opportunities were a bid to improve the company’s public image.

Amazon is routinely criticised for poor working practices and in July thousands of workers staged protests about pay and conditions on Prime Day – a day of special offers for subscribers.

One worker at Shakopee in Minnesota told the BBC that he has to handle an item about every eight seconds during a 10-hour day.

In response, Amazon said it “provided great employment opportunities with excellent pay” and encouraged people to compare its operations in Shakopee with other employees in the area. 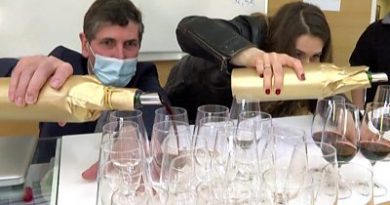 Does space affect the taste of wine and other tech news 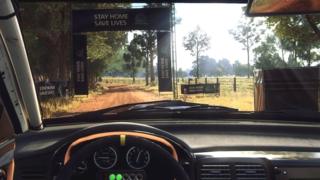 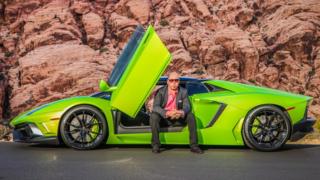 Dropshipping: The hustlers making millions from goods they never handle

As we wrap the Ghana month up, let’s throw some spotlight on Ghanaian creativity and ingenuity. Jonas is a JHS

Special clinics to be dedicated to pregnant teenagers — Doctor