Nigeria is witnessing a hug democratic mishap under the leadership of President Muhammadu Buhari. This is evident in the way her citizen’s socioeconomic and fundamental rights are being violated by the government and the citizens are thrown to altered distress.

The publisher Sahara Reporters – Omoyele Sowore called for a revolution and to further buttress the context with which the word revolution was used, he outlines extensive socio economic demands all of which are an honest request and the responsibilities of government to provide for the citizens. The protest and the call for a better society is within the rights of the citizens and it is the duty of government to address this needs if it must remain relevant to the people.

The government rather than looking at the demands made and the merits therein have evasively capitalised on the word revolution  to distract the masses from the import of the message and the glaring needs of the nation. This nation has come to judgement and the verdict is loud enough from the North to the South, east to west the message is the same, Nigeria is in urgent need of formidable leadership that will stir it affairs with pragmatism and proactive socioeconomic engagement.

The government arrested Sowore got an experte order from the Federal High Court in Abuja  to detain him for 45 days in order for them to source for evidence to commute him to trial. As the world watches this unlawful act of the Nigerian government one thing remains constant which is that the Nigerian government has grossly  failed her citizens to the point where insecurity, unemployment, corruption, economic depression and widespread deficit in education has brought this country on its knees. The northern youths just yesterday have asked the president to apologize to Nigerians. It does not appear apologies will fix this country. Now that the government has arrested Sowore can it  now address the issues bedevilling this country?

First, the government must address the issues of power which controls the economic frontline of this nation. No economy can grow beyond the level of the power supplied to it. It is government’s lack of tact and strategy that is instigating the call for a revolution. You leave your citizens under severe abuse and lack of everything basic to human life and you expect to have them under control?  It doesn’t work like that anywhere in the world.

Where people are largely poor and this is made so as a result of lack of policies and a zero understanding of developmental economics, you will have crisis.Where the poverty index  in Nigeria is currently at  86.9 million people now living in extreme poverty which represents nearly 50% of the country’s estimated 180 million people , you will have troubles. Where your senators earn jumbo pay and you borrow money to implement budget every year, you will have crisis. Government should not be surprised that the call for revolution now is appealing.People are tired of the consistent failure of governance in Nigeria

Somehow, this is even coming too late in the day. The suffering masses are fed-up with this dysfunctionality of government policies and her zero understanding of government in proffering lasting and sustainable solution to the myriads of problems militating against the economic and territorial harmony of this nation.

The Nigerian government should tackle the infrastructural and human capital breakdown in the educational sector as a long term plan to address the insecurity challenges in the country. If not, a time will come when the uneducated will call for the revolution and when that happens the government will not be able to contain them. It takes just strategy to drive a change in this regard and the investment in education will rebate and reform the society from within as this will churn out citizens that will not be easily swayed into activities that have the propensity to lead to a breakdown of law and order. This is critical because the state cannot survive a revolution from within.

Government revenue, taxpayer’s money and national income in general must be spent judiciously. Government is still fixated with a contract awarding mechanism that support corruption. The Bureau of Public Procurement ; an agency of the federal government charged with the powers of overseeing government contracts and how same are awarded to ensure substantial compliance with the laws most times get compromised by contractors and they rubber stamp their functions in exchange for gratification. This mode of procurement and contract awarding system is not helping the country and the government is hereby called upon to review the process with a view to correcting the very vital sector which is pivotal to our economic growth.

If Nigeria must get it right the country must see her citizens as assets and their grievances should equally be seen as a veritable feedback through which government can retool her policy to reflect the urgency of national outcry. A responsible and responsive government will derive its policy direction from the requisite public observations of its citizens. A government cannot function without its citizens and if it does, the citizens will call for a revolution and they will force it down the throat of government regardless of the legal consequences of the action. The right of the citizens to exercise their fundamental rights is sacred and government must respect that fact. The trenchant and constant repression of the rights of citizens devalues a government and truncates its legitimacy. Such a government will constantly decline in popularity as it loses the people’s collective allegiance.

In view of the foregoing, I hereby call for the unconditionally release of Omoyele Sowore with immediate effect. 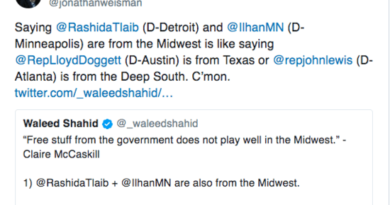 The next 2 months will be fire ... See MoreSee Less

Please a girl sent me this and told me u will hear from me soon then she blocked me. am confused ps help a brother. ... See MoreSee Less

TWO MARK ON IT,THIS IS H.I.V TEST, IT MEANS U ARE POSITIVE

Just keep money for discharging and Pampers could congrats in advance Lol....

She don swallow ur monkey😅

She don over load

Congratulations ! You are a father in-waiting .

So make I dey cry

How much e give una?

Pete Davidson has a puzzling yet undeniable charisma, but is he ready to be a movie star?

Ehigie Ikeakhe: Age is no barrier when you’ re diligent, hardworking – Vanguard

Trump goes full racist, of course, to cover up coronavirus lies and incompetence