Governor Emeka Ihedioha of Imo State has raised the alarm over activities of fraudsters impersonating him.

According to the governor, the fraudsters have been distributing fake contract registration forms to unsuspecting members of the public at N125,000 for a form.

Ihedioha, in a statement signed by his Chief Press Secretary, Chibuike Onyeukwu, alleged that the fake forms were about Sustainable Development Goals (SDGs) projects.

The fraudsters were alleged to have opened a bank account, WhatsApp and Facebook forums purportedly belonging to the governor to advance their fraudulent activities.

He added that the aim of the perpetrators was to bring his name and administration into disrepute, stressing that security agents had been informed to go after the fraudsters and bring them to justice, DailyTrust reports. 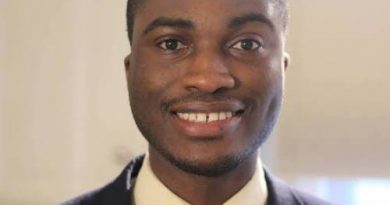 But marriage no be achievement, so many don die inside, who no marry, no better pass who dem kill inside the marriage. Then, men whenever build house, and know the bag, should also go for prayers.

Lol. U get mouth

Be patient as ur name implies😀

What about if u r among the people the Bible said u won't marry? please we should be very careful with this marriage stuff

IZE IYAMU Supporters are moving from House to House in Edo State Sensitizing the people on why they should vote their Candidate.
But Obaseki Supporters are Posting Videos of what Oshiomole said against IZE IYAMU in 2016 simply bcos they have no tangible project to Campaign with.
When the result is declared in September, they would be shouting rigging....... ... See MoreSee Less

Shut up ur mouth

Godwin is a goal for sure

U aren't a politician. Just watch and see.

Every politicians have there own strategy.But if you ask me,no politician dat ever have d pple at hrt.They are all liars

Look for job to do

Guy u are right

Ize-Iyamu all the way believe it or not

The same videos that was published upandan by the media then in 2016 against the Ize...if they aren't scared why did they go and file a motion in court for those videos not to be used for campaigns this year?

Every politician have his own strategy,the end result is what matters. There are persons also doing the underground house to house campaign for PDP but at the end,na God must win

TikTok: Chinese app may be banned in US, says Pompeo