Nigerians on Saturday woke up to read the news of how Omoyele Sowore, the publisher of Sahara Reporters and right activist was ‘kidnapped’ by secret police at his residence ahead of the nationwide protest expected to start in 21 cities on Monday, August 5. The protest, according to Sowore and other organizers, is tagged: #RevolutionNow to express their displeasure with all manners of challenges the country is facing.

While many Nigerians agree that the country is going through hell, some did not consider revolution as the right approach to use against the corrupt leaders occupying the seat of power. Some persons even argued that the sole aim of Sowore is to hijack power. The online defenders of the government of the day claimed that those calling for revolution are sponsored by the oppositions. While we are still battling with the proper answers to the above allegations, we must ask ourselves the following questions: “Is Revolution in its real sense criminal? Is Sowore’s call for revolution right? Is Sowore calling for war?

The meaning of the term “revolution” is simple. It is simply a fundamental socio-political transformation. Revolution is not war as tagged by many people. “As long as justice and injustice have not terminated their ever-renewing fight for ascendancy in the affairs of mankind, human beings must be willing to battle against oppressors”, says John Stuart Mill. This is a revolution. It is simply freedom. A fight against tyrannical injustice for the victory of oppressed and it is expected to be carried out for an honest purpose by people’s free choice.

History has it that in the 18th century, the discovery of revolution as a relevant political category was reflected and supported by political and moral philosophy. Past philosophers in their works argued that revolution is not just a right but also the duty of the people to demand the best from their rulers. Howard Evans Kiefer said: “It seems to me that the duty to rebel is much more understandable than that right to rebel, because the right to rebellion ruins the order of power, whereas the duty to rebel goes beyond and breaks it”. Thomas Hobbes maintained that it the right of the people to defend themselves against the sovereign if their lives are under threat”.

According to Lenin, revolutions happen when two conditions have been met, “first, the ruling class can no longer carry on ruling in the same old way, and second, the working class won’t let them.”

Unarguably, the lives of over 70% Nigerians are under threat. Yet, some persons still opined that revolution is criminal. They have forgotten that we live in a country where kidnapping for ransom has become the order of the day. A country where citizens cannot sleep with their two eyes closed. A nation where security operatives kill citizens more than they protect them.

It is important to note that revolution becomes bloody when agents of government such as the DSS that kidnapped Sowore denied folks of their rights. “It is the state repression that is violent, and that often provokes a violent reaction from the masses — upon which the media often almost exclusively focuses”, Lenin argued. Sowore’s arrest is a case study.

The United Nations confirmed that over 27, 000 persons have been killed by Boko Haram in the last 10 years of their reign. The insurgents continue to overpower our military men whose strength is only in raping university students as they did in Adekunle Ajasin University, Akugba Akoko. The Army Chief, Tukur Buratai on his part lacks the will to end insecurity. We’ve graduated from the crisis of Boko Haram to a country with the uncountable crisis. I may be the next person to die after writing this article and you may even be the next after reading this piece. Why? We are not certain that we won’t be kidnapped and butchered before the end of the day. This is the thought that run across the mind of many Nigerians.

Our so-called religion and traditional rulers continue to meet with the president daily to negotiate the best means to safeguard the people but positive change remain difficult to achieve. It appears that mediation and negotiation cannot give us liberty in Nigeria and our best option, for now, is to revolt. #RevolutionNow protest is to send a signal to the world that Nigerians are ready to send the failed leaders out of the system.

It is madness and stupid for any government to think that a family can be raised with N18,000 monthly salary. The implementation of N30,000 minimum wage won’t come as or with a tea party. Sowore’s revolution is a brave decision. There’s a need to disrupt the political and economic space and the time is now. It is sad to wake up every morning to remember that your country is the capital of world poverty, that your country has the highest number of out of school children, that your country is among the top list of countries with child and maternal mortality, that your country top in cybercrime and that your police, judiciary, lawmakers and religious leaders are most corrupt personnel.

No doubt, people will revolt. You picked Taju on the street but left Ochanya to die because of the failed system. Years after, Success (dem go flog tire) was picked on the street but you did not remember the Kazeem in my father’s backyard. You refuse to think about the Steven, Lukmon, Ezinne and many other kids whose parents cannot feed let alone put them in school. These kids will grow to curse you all. The kids will grow to be terrorists, they will locate the kids of the corrupt leaders, terrorise and even kill them.

Karl Marx once said, “someday, the worker must seize political power to build up the new organization of labour; he must overthrow the old politics which sustain the old institutions, if he is not to lose Heaven on Earth, like the old Christians who neglected and despised politics”. He maintained that if the working class don’t push revolution to a successful conclusion, “the old order will re-impose itself and the whole sorry mess will start over again and so, it will continue indefinitely until they either succeed in transforming society in their interests, or it ends in the common ruin of the contending classes and perhaps the end of the human race.”

Adejumo Kabir is a journalist and student of Obafemi Awolowo University, Ile Ife. He tweets @AdejumoKabir2 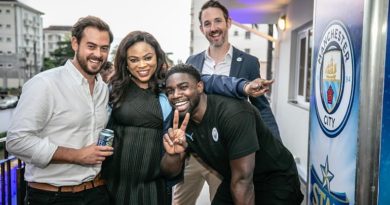