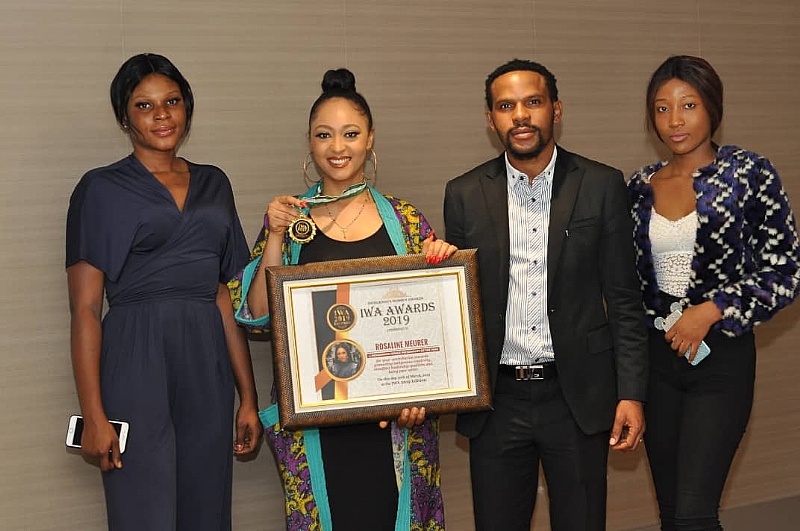 Nollywood Actress and Lead Star in Merry Men (The Real Yoruba Demons) has joined Benue State First Lady, Her Excellency Dr. Mrs Eunice Erdoo Ortom PHD, Barr. Ebele Iyiegbu, the Founder of Kiek Foundation, to be decorated with the Prestigious Indigenous Women Awards – IWA 2019, as the “Indigenous Female Personality Of The Year alongside other distingushed young women at the award ceremony in Abuja.

Though, the highly talented actress was unavoidably indisposed herself to receive it as she was on a movie location during the colourful event. However, with Meurer’s arrival to Abuja for the Merry Men 2 at Transcorp Hilton, she was presented with the honour by a principal partner of the project led by Abuja based publicist Alexreports on 9th July, 2019.

Rosaline Meurer is a Nigerian actress, model and philanthropist born on February 15th in Gambia where she had her early education. She also has a diploma in business management and studied Photography. Meurer is not only attractive but her body language and light skin is a visual element of communication to people who cherish beauty which has always been her selling point.

Rosaline Meurer started out as a model, while modeling for several, brands, magazines and skin care products. She delved into acting and got her first role in the movie “Spell bound” alongside Desmond Elliot, Ini Edo, Joseph Benjamin and Uche Jombo. She has also starred in other movies such as Table of Men, Karma, My Sister and I, Open Marriage, Yoruba demon, Incredible father and so on.

It would be recalled that she visited a maternity hospital in Delta State where she paid off hospital bills of pregnant and newly delivered mothers, as well as donating massively for the surgical operation of a child in Lagos hospital that had eye cancer. Her philanthropic works cuts across Nigeria and even Ghana with a recent support carried out in Delta State to commission Udu water project.

The talented Actress who was nominated for CityPeople Movie Award 2017 has also joined the league of movie producers with the released of her new movie ” The Therapist’s Therapy” ‎featuring A’list actors.

The indegenous Women Awards recognised the outstanding gestures and incomparable impacts of Indegenous Women across Nigeria, who are making significant impacts in humanity and across other relevant sectors.

Indegenous Women Awards is one iconic Award that has continued to encourage and support the engagement of women in nation building through childcare, healthcare, youth empowerment, employment, less privileged rehabilitation and other donations.

The Convener of IWA, Mr Clint Jack Nwosu
has congratulated the Actress on the honour she had been decorated with, in his words “greatness is for those who deserves it“. Meurer also appreciated the honour and thanked the organisers for such distinguished award recognition.

The highly classified event which was attended by the awardees and their selected diginatries held on 30th March, 2019 at Nicon luxury hotel ABUJA 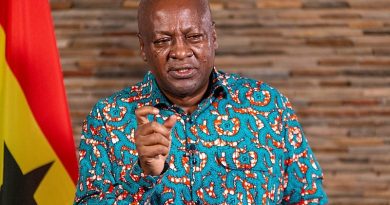