CAPE TOWN, July 7 (Reuters) – South African coach Stuart Baxter hailed his players’ performance after they eliminated hosts Egypt from the Africa Cup of Nations in the last 16 to shake up the tournament, calling it a tactical masterclass.

“We say sometimes that African players cannot be tactically smart, that northern Africans are usually so much better than the southern Africans, but I think the players they showed a masterclass. It was excellent,” said Baxter after Saturday’s 1-0 win.

“I think they had to play in a very brave way, to press high against such a good team as is Egypt, but for me that was the only way we could win the game because if you allow them to build possession and get the ball in to their best players, then we would have massive problems.”

South Africa snatched victory with an 85th-minute goal from Thembinkosi Lorch at the end of a rapid counter-attack.

“It was difficult for the front players because, at the same time as we asked them to press, they had to also try to screen the through passes into the midfield players and strikers,” Baxter said.

“It was a difficult job they had but they did it very well and the support they got was very good.

“If Egypt did get past that line, then we had to drop quickly and establish a compact block and I think that we did very well too.”

Saturday’s game emphasised the vagaries of the tournament as Egypt, who had breezed through the group phase, looked flat and uninspired with talisman Mohamed Salah notably out of touch, while South Africa looked suddenly inspired after losing two of their three group games and only just squeezing through to the group phase.

“In the first couple of games we weren’t 100 percent satisfied with our attacking play and our movement around the box and we had to improve on that,” added Baxter.

“Challenging the players and showing them the movements we wanted to make was something we fixed. But the most important thing was to play a game that I don’t think Egypt expected us to play.

“They would have expected us, I think, to play deeper and therefore, that way, we surprised them with that game plan. I think we did it very well.”

South Africa meet Nigeria in the quarter-finals on Wednesday, reprising their rivalry from the qualifiers where they upset the Nigerians away in Baxter’s first game in charge. (Reporting by Mark Gleeson; Editing by Clare Fallon) 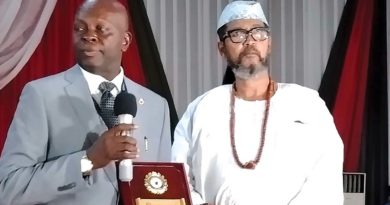 You may wish to go to court to testify...partners in crime.

A deadly virus for that matter