“The international community cannot put up with such grave acts,” the Pope said in his weekly Angelus in Rome.

Pope Francis also called for prayers for those caught up in recent attacks in Afghanistan, Mali, Burkina Faso and Niger. 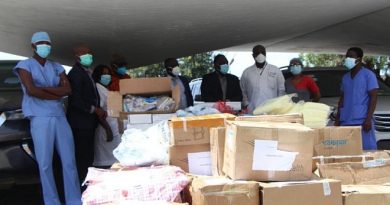 Korle Bu Appreciates GUPC For The Donation Of PPEs