LONDON, June 28 (Reuters) – Airtel Africa shares fell as much as 15% on Friday after its London stock market debut, hitting a low of 67 pence ($0.85) against an initial public offering price of 80 pence.

The company, a unit of India’s Bharti Airtel Ltd, set a range of 80 to 100 pence per share last week for its IPO, before pricing at the bottom of the spread.

The final offer comprised 744 million new shares, setting the deal size at 595 million pounds and the initial market capitalisation at about 3.1 billion pounds at issue, the company said.

“It does show the market is tricky,” said a person close to the transaction. “(But) this is day one.”

Parent Bharti Airtel also dipped after its listing before its market capitalisation increased substantially, he said.

Global IPO volumes are down 30% year-to-date at $62.8 billion, according to Refinitiv data, while the European figure is at its lowest level since 2012, as investors become increasingly picky on a shaky outlook for the global economy.

After listing in Frankfurt and Stockholm, shares in Volkswagen’s truck unit Traton opened at 27 euros ($30.75) before edging down to 26.47 euros on their first day.

Other market listings have also struggled, Uber Technologies Inc in the United States dropped after its debut in May and the shares are only now trading near their IPO price.

Payments and foreign exchange company Finablr, which is based in the United Arab Emirates, slipped 5% on its debut and its shares remain below the IPO price.

Airtel Africa operates in a sector that has been among the worst performers in Europe in recent years. Telecoms firms have been plagued by tough competition, unfavourable regulations, slowing growth and rising costs of network upgrades.

Telecoms is the only European sector to be in the red for the year so far, while the benchmark STOXX 600 index has rallied more than 13%. In the second quarter, the sector has fallen about 3%. 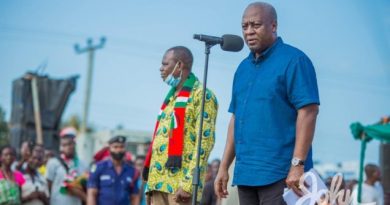