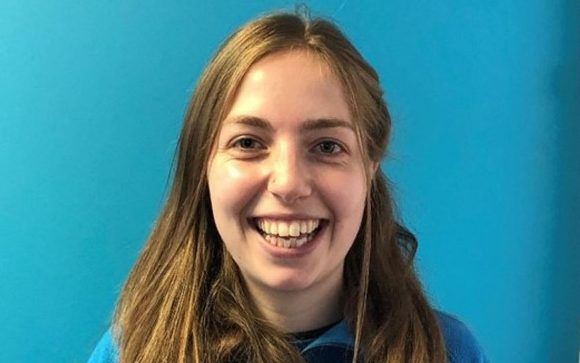 A body has been found in the search for 22-year-old Rosie Johnson, say police.

Rosie Johnson, from Banchory in Aberdeenshire, went missing on Sunday evening from the PGL Little Canada activity centre in Wootton on the Isle of Wight where she worked.

Hampshire Constabulary confirmed a body had been found and that formal identification procedures were ongoing. Ms Johnson’s family, who are believed to have flown from Scotland to the Isle of Wight to join the search, have been informed.

A Hampshire Police spokesman said: “Officers searching for missing Rosie Johnson on the Isle of Wight have found a body of a woman in Wootton this afternoon.

“Formal identification procedures are ongoing but Rosie’s next of kin have been made aware of the discovery.

“At this stage, the death is not being treated as suspicious and a file is being prepared for the coroner.”

The centre for primary school children on the north of the island consists of woodland log cabins and is close to the banks of Wootton Creek, a tidal estuary that flows into the Solent.

Police officers and volunteers from Isle of Wight Search and Rescue, Hampshire Search and Rescue (SAR) and the coastguard have been carrying out extensive searches of the area following her disappearance.

People living nearby had been asked to check sheds, boats and outbuildings for Ms Johnson, who it is understood did not have her phone or wallet with her.

Yesterday, her uncle thanked members of the public for their “support and kind wishes” on social media.

He said: “Can I thank everyone for their support and kind wishes regarding my niece’s disappearance. The kind thoughts and wishes are much appreciated.”

Ms Johnson is believed to have graduated from the University of Glasgow last year.

Governors of the ruling All Progressive Congress, APC in the name of the Progressive Governors Forum have unanimously thrown their weight behind the second term bid of their colleague, the Edo State G...
View on Facebook
·Share

When you finish your fake news , just enter go sleep

Is he the one coming to vote for him in Edo state?

He is not the one coming to vote in edo but this is a reflection of the kind of democracy we practice. The people do not matter but the leaders, no matter where they reside.

They are too small

How many of them

Good for that introvert called Tinubu.

Did Tinubu tell them that he is going to contest in 2023?Moreover,2023 is still far,a lot of things will happen before then.However,I dont believe in the news because can they go to Tinubu's house & be blackmailing & threatening him.

If the man non use his power. Na him sabi. He shouldn't allow a group of greedy people determine the future of the state. Use your power and influence mr Governor

It's so obvious that few greedy Benin politicians don't know the asset they have as a son in Gov. Godwin Obaseki. Maybe the Esans should adopt him as one of our Darling Jewel.

Edo Central Senatorial District (Esan Nation), are solidly behind this illustrious son of Edo state and come what may, he will be reelected by God's Divine Grace to complete the great job he has started.
God above everything!