The bubble finally seems to have burst for the ruling All Progressive Congress national chairman, Adams Oshiomhole, and Edo State Governor, Godwin Obaseki.

After several weeks of controversies, it is now crystal clear that the relationship between Mr Oshiomhole, and his protégé, Mr Obaseki, has broken down.

Mr Oshiomhole, a former governor of Edo, helped Mr Obaseki to succeed him as the state governor in 2016, against all the odds.

The governor is likely going to seek re-election next year.

The first clear evidence of the rift between the two was a recent call from Edo State for the resignation of Mr Oshiomhole as the APC national chairman.

The call, made by a chieftain of the APC in Edo and a former political adviser to Mr Oshiomhole, Charles Idahosa, was forwarded, Thursday, to media houses, including PREMIUM TIMES, by Governor Obaseki’s spokesperson, Crusoe Osagie.

Mr Idahosa accused Mr Oshiomhole of instigating crisis within the APC in Edo.

“We are all not very happy with what is happening in Edo State today, especially with the political division and the confusion,” the email from the Governor Obaseki’s spokesperson quoted Mr Idahosa to have said.

“This is a situation in which we ought to be very happy; it is so strange. It is like a tragi-comedy with what is happening. We have a governor who was brought up by a political party and the people out there are very happy and commending this governor for working so hard. He is very popular and you will attest to that but the problem is with the leadership of the party.

“While the voters are very excited, the people who brought him into power are not happy with him because, according to them, he is not carrying them along,” Mr Idahosa said.

Three weeks ago, when PREMIUM TIMES called Governor Obaseki’s spokesperson, Mr Osagie, to ask about the rift between the governor and Mr Oshiomhole, he refused to answer questions.

He referred the newspaper instead to an earlier statement by the Secretary to the Edo State Government, Osarodion Ogie, on the issue.

Mr Ogie, in the statement, described media reports on the rift as “unfounded speculations and fake news”.

He said, “The robust relationship between Governor Obaseki and his brother, friend, predecessor, and National Chairman of the APC, Comrade Adams Oshiomhole, is waxing stronger daily.

“No amount of speculations, hate statements and fake news can erode the friendship built over the years on mutual trust and respect, which has translated to good governance in Edo State.”

Mr Obaseki himself helped to fuel the speculations when he cried out recently that some “greedy” politicians were putting pressure on him to share state funds to them.

Mr Obaseki did not say who the “greedy” politicians were, but many thought he may have referred to the APC national chairman and his supporters.

The controversy over the ‘inauguration’ and the ‘election’ of a new Speaker for the Edo State House of Assembly has also lent credence to the existence of a rift between Mr Oshiomhole and Mr Obaseki.

All the 24 members of the state assembly belong to the APC.

But nine of them, allegedly prompted by the state governor, hurriedly met at night to ‘inaugurate’ the House and also ‘elect’ a speaker.

The other lawmakers-elect were excluded in order to prevent Mr Oshiomhole’s loyalists from taking control of the legislature, PREMIUM TIMES learnt.

But the new speaker, Frank Okiye, said the remaining lawmakers-elect would be inaugurated when they “complete their documentation”.

After the ‘inauguration’, Mr Okiye adjourned sitting to July 17.

Governor Obaseki has since congratulated Mr Okiye and pledged to work with the new leadership of the assembly.

But Vincent Uwaidia, a barrister and one of the lawmakers-elect who was excluded from the ‘inauguration’, told PREMIUM TIMES he does not accept the assembly leadership “so long as the proper thing has not been done”.

Mr Uwaidia’s comment may very well be the thinking of the lawmakers-elect who were excluded from the ‘inauguration’.

Samson Osagie, a former state and federal lawmaker, said: “strictly speaking, there is no House of Assembly for now in Edo State”.

The national leadership of APC, led by Mr Oshiomhole, has rejected the ‘inauguration’ of the Edo assembly, calling for a fresh exercise.

“It needs restating that every elected lawmaker has a legitimate right to participate unhindered in the inauguration of the legislative arm in which he belongs.

“The plot to arm-twist the majority in favour of the minority in the legislative arm died with the defeat of the PDP in 2015,” the party stated on Friday, through its national spokesperson, Lanre Issa-Onilu.

Mr Oshiomhole has personally described the ‘inauguration’ of the Edo assembly as “illegal and embarrassing”.

But the Edo government in its response said the national chairman of APC was being biased to have accused Governor Obaseki of having a hand in the affairs of the assembly.

“For the avoidance of doubt, all the decisions relating to the leadership of the Edo State House of Assembly recently elected by the House were taken by the State Working Committee and leaders of the party from across the State,” Mr Osagie, the governor’s spokesperson, said in a statement on Saturday.

“In deference to the rule of party supremacy, which the National chairman so eloquently professes, the governor and all party members are obliged to respect the party’s decision, as we expect the national chairman to also do,” Mr Osagie said.

The Speaker of the Edo assembly, Mr Okiye, has also responded by saying “the APC lacks the powers to adjudicate on constitutional functions of the legislature.”

Rodsimeon Idaewor, a journalist in Benin City, Edo, told PREMIUM TIMES there was no need to pretend about it, “Mr Oshiomhole and Governor Obaseki are at war against each other”.

He said Mr Oshiomhole should be held responsible for the political crisis in the state.

“Nobody knew of Obaseki in Edo State politics, Oshiomhole singlehandedly brought him and rigged the election to make him governor.

“Obaseki is a gentleman, and highly educated. He came on board and decided to change the way things were done. Oshiomhole’s administration did things anyhow, they threw money about carelessly. But in Obaseki’s administration, people must follow due process.

“If you visit Edo State, you will see that Obaseki has done excellently well, even with the little resources available to his administration.

“Oshiomhole wants to sit in Abuja and be dictating things to Obaseki, but the governor does not want to take it,” Mr Idaewor said.

PREMIUM TIMES again contacted Mr Osagie, the governor’s spokesperson, Saturday night, and asked him if it was not clear enough that there was a rift between the governor and the APC national chairman, going by the events of the past few days.

“The governor has said he does not have any issue with the national chairman,” Mr Osagie responded.

Mr Oshiomhole’s spokesperson, Simon Ebegbulem, did not respond to phone calls and a text message to his phone on Saturday. 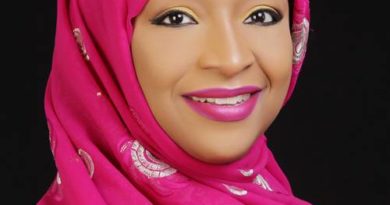