REIMS, France, June 17 (Reuters) – Two penalties were enough to book Norway’s ticket to the last 16 at the women’s World Cup after an uninspiring 2-1 win against a feisty South Korea team that restored some pride after losing their first two games.

Hansen was brought down early in the second-half with forward Isabell Herlovsen converting from the spot in the 50th minute to double Norway’s lead.

Yeo Minji pull one back for the Koreans in the 78th minute after Lee Geummin’s magical backheeled through ball but despite some late pressure they could not level.

Norway join hosts France in the last 16 and will face either Italy, Brazil or Australia, while Korea finished with no points. (Reporting by John Irish; Editing by Ken Ferris) 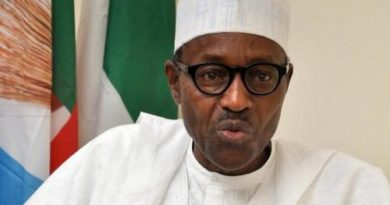 Why Buhari Should Not Resign By Festus Adedayo

ARE THEY LESS THAN 20 IN THE GATHERING STUPID PEOPLE

Hey this is welcome development but I bet u their will.be blackout for the front period

Where is the electricity?

I pray oooo this country? Nawa so rep did not lockdown? No stay-at-home for them? Wayo people if you know how much they are collecting as salary you will fear yet people are dying for hunger

Even the electricity we pay for we never see,how much more the one they want to give for free,that will be in the next world to come

See them; the real viruses that are more dangerous to our lives.

Good bless you my brother, is a man with a heart of gold, SIR have been BLESSING ESAN STUDENT all over university in Nigeria.... and how he singlehandedly constructe roads for free in esan and university and polytechnic in edo state... always assisting people..... sir may God continually BLESSING you sir...... keep doing the work sir, as you normally say sir... GOD IS INVOLVED.... MORE GRACE MY BISHOP SIR...❤❤❤ ... See MoreSee Less

Some dolls in power. Otherwise they would have understood that Nigeria has a large unemployed and non working population, so even those they depended on are the few ones who can't bear this burden in this critical times. What exactly does the Nigerian govt stand for? Incompetence and stupidity?

May God continue to bless the giver.

May Almighty God bless those that put a smile on this boy's face. Amen

Civil servants in Katsina to resume duty on Monday — HoS