Marrying girls off as teenagers leads to them having more children, and explosive population growth is one of the main reasons Sahel states are struggling with hunger, terrorism and competition over resources, said Mabingue Ngom.

“I think very often there is a failure to connect the dots, to see child marriage as a driver of poverty, as a driver of fragility,” he told the Thomson Reuters Foundation.

“This part of the world will remain in crisis unless we deal with issues of population growth,” he said.

The Sahel is an arid region below the Sahara desert where Islamist insurgencies have spread from Nigeria to neighbouring Chad and Niger and from Mali to Burkina Faso in recent years.

It has the highest birth rate in the world at more than six children per mother, and the highest rates of child marriage, with most girls married by 17, according to UNFPA.

Fewer than one in 10 people in the region use modern contraceptives.

Child marriage is a human rights issue, but should also been seen from a security standpoint, said Ngom, speaking on the sidelines of an African summit on female genital mutilation (FGM) and child marriage in Dakar, Senegal.

“I think we need to innovate a little bit more to have a kind of macro-view of child marriage,” he said.

“If we look at the implications in terms of development policy, and even geopolitics, I think we will start to pay more attention.”

Many political leaders in the region are personally convinced that child marriage must stop but do not speak out against it for fear of losing votes, he said.

Working with religious leaders who can influence people’s traditions and beliefs is key, but countries are not taking the issue seriously enough, he said.

While the percentage of women who marry young is declining in parts of West Africa, population growth is so high that the number of child brides is still on the rise.

The summit in Dakar brought together representatives from across the continent to share best practices and make new commitments toward ending FGM and child marriage.

“I am frustrated progress is so slow – especially when you look at what is at stake,” said Ngom. 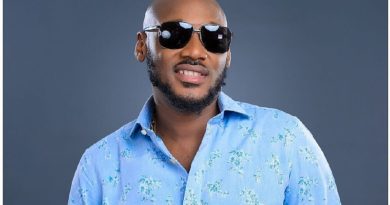 Even if you you are atforth?