More facts have emerged on how lawmakers in the House of Representatives both old-timer and first-timer were induced with vouchers and credit cards to vote massively for Femi Gbajabiamila to emerge as the speaker.

SaharaReporters can authoritatively report that all members were given vouchers and credit cards with dollar value with a view to influencing and inducing them for votes.

Though it could not be immediately ascertained the amount that was contained in each card.

The card which was customised with inscriptions “Member’s Green Card” also have the campaign slogan of Femi Gbajabiamila, ‘Nation Building A Joint Tast’

Also on the card was ‘Femi Gbajabiamila/Ahmed Wase’ boldly written with serial number and date . The card was shared to those who have openly endorsed Gbajabiamila and pledged their loyalty before the inauguration on Tuesday.

Before the commencement of the voting in the lower chamber many lawmakers were seen in the chamber’s male toilets stuffing dollars in brown envelopes.

The inducement compelled members to display their ballot to show who they voted for as proof and to justified the money given to them.

It will be recalled that about 66 senators who endorsed the candidature of Senator Ahmad Lawan were alleged to have been given N25 million each to curry favour from them during the election.

Gbajabiamila emerged as speaker with 281 votes to beat his opponent Umar Bago who polled 78 votes. 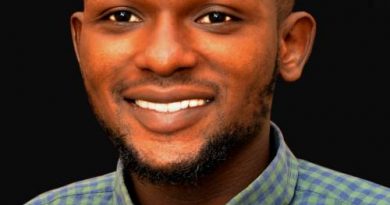 Coronavirus: When Religion Gets In Way Of Progress By Seun Awogbenle