LONDON, June 3 (Reuters) – Differentials for a variety of Angolan crude grades were heard to have slid significantly from initial offerings, leading to an uptick in Asian demand which may help draw down an unusually high number of cargoes remaining for July loading, traders said.

* East Asian buyers who had been reluctant to meet high price offerings were heard to have resumed bidding for the discounted cargoes, with over 15 remaining for July.

* A further easing of the Brent-Dubai spread DUB-EFS-1M on Monday to around $2.85 buoyed the demand picture, more in line with early May levels before a 2019 high of $4.30 on Thursday.

* A range of Angolan grades were heard to have been reduced by 30 to 40 cents from their initial offerings.

* Crude stocks had been seen to be high at independent Chinese refineries, and third quarter imports were said to be on the wane.

* Lighter Nigerian crude grades were still being offered at high prices, however, with major grade Bonny Light indicated at between $2.95 to a little over $3.00.

* Angola and Italy’s Eni identified another deepwater oil reserve estimated to contain between 300 and 400 million barrels of light oil, their fifth discovery in Block 15/06.

* India’s IOC issued a tender for a West African grade for loading between august 1-10 due to close on Thursday. 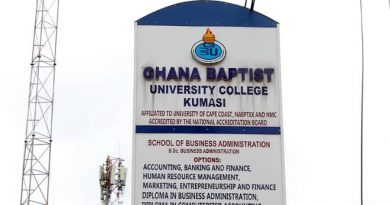 Webcast replay: Preserving your family’s wealth: What you may have overlooked