The Presidency has said it is yet to take a decision on the approval of state and local government police in the country.

This was in response to news that President Buhari had approved the establishment of state and local government police.

The news was quoted to be part of a report on the reform of the Special Anti-Robbery Squad (SARS), which also recommended the setting up of state and local government police.

A statement from the Aso Rock refuting the news report said the President received the report but instructed that a three-man panel produce a white paper within three months.

“President Buhari Monday received a report on the reform of the Special Anti-Robbery Squad (SARS). The President requested that the report be studied & a white paper produced within 3 months.

“President Buhari’s specific directive is that a three-man panel be set up to produce the white paper.

“The report of the white paper committee will form the basis of the decisions of the government on the many recommendations, including the setting up of state and local government police made by the Ojukwu panel,” the statement read.

The Presidency noted that until the panel presents a report, it would be “premature and pre-emptive to suggest that the recommendations contained in the report have been approved by the President in part or whole.” 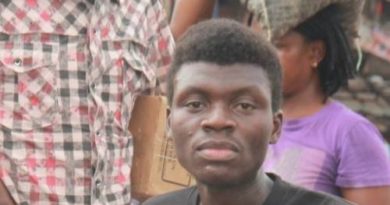 ARE THEY LESS THAN 20 IN THE GATHERING STUPID PEOPLE

Hey this is welcome development but I bet u their will.be blackout for the front period

Where is the electricity?

I pray oooo this country? Nawa so rep did not lockdown? No stay-at-home for them? Wayo people if you know how much they are collecting as salary you will fear yet people are dying for hunger

Even the electricity we pay for we never see,how much more the one they want to give for free,that will be in the next world to come

See them; the real viruses that are more dangerous to our lives.

Good bless you my brother, is a man with a heart of gold, SIR have been BLESSING ESAN STUDENT all over university in Nigeria.... and how he singlehandedly constructe roads for free in esan and university and polytechnic in edo state... always assisting people..... sir may God continually BLESSING you sir...... keep doing the work sir, as you normally say sir... GOD IS INVOLVED.... MORE GRACE MY BISHOP SIR...❤❤❤ ... See MoreSee Less

Some dolls in power. Otherwise they would have understood that Nigeria has a large unemployed and non working population, so even those they depended on are the few ones who can't bear this burden in this critical times. What exactly does the Nigerian govt stand for? Incompetence and stupidity?

May God continue to bless the giver.

May Almighty God bless those that put a smile on this boy's face. Amen

Civil servants in Katsina to resume duty on Monday — HoS