Donald Trump’s U.K. visit is off to an awkward start. While Meghan Markle is currently busy with her new baby boy, Archie, it was recently announced that she would not be meeting with the president during his upcoming state trip. During an interview with The Sun at the Oval Office, Trump learned of Markle’s past, less-than-favorable comments about him, including when she called him “misogynistic” and “divisive” during the 2016 election.

“I didn’t know that. What can I say? I didn’t know that she was nasty,” Trump replied, before attempting to not totally offend the royal family, adding that he believed she would make a “very good” American princess.

“It is nice, and I am sure she will do excellently,” he said. “She will be very good. I hope she does [succeed].”

During a 2016 interview on The Nightly Show with Larry Wilmore, Markle, a strong supporter of Hilary Clinton, was vocal about her dislike for then-presidential candidate Donald Trump.

“It’s really the moment I go; we film Suits in Toronto and I might just stay in Canada,” she said. “Yes, of course, Trump is divisive, think about female voters alone, right? I think it was in 2012 the Republican Party lost the female vote by 12 points; that is a huge number and with as misogynistic as Trump is, and so vocal about it, that is a huge chunk of it.”

Trump’s upcoming three-day visit to the U.K. will be filled with a welcome ceremony at Buckingham Palace as well as meetings with Prince Harry, Prince William, Prince Charles, Camilla Bowels, Kate Middleton, and Queen Elizabeth. Trump said he plans to tackle the topic of climate change with Charles over a cup of tea.

“I have met Charles before. I like Charles. I think that’s very good,” he said. “We will be talking. I can say we have among the cleanest climate in the world right now. Our air and water are doing very well. We hope other countries can do so well. You know, it is a big atmosphere and frankly if one country is going to be bad and other countries going to be good, the country that is good gets penalized. Which is unfair.”

He also added that he hoped his children, Ivanka, Eric, Donald Jr., and Tiffany, could have a “next generation” meeting with Prince Harry and Prince William.

“I think my children will be meeting them. It would be nice,” he continued. “I am bringing some of the family. They are going to be there and we will be greatly honored by the trip.”

Trump will head to London on Monday for the highly-anticipated three-day visit. 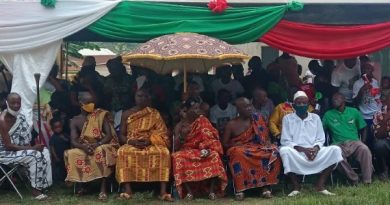 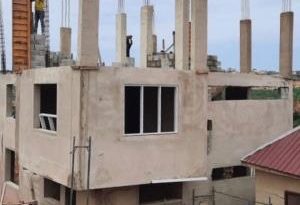