LONDON, May 31 (Reuters) – Energy majors and Angola’s Sonangol were heard to be easing offerings for July cargoes as buyers in key Asian markets were discouraged by high shipping costs.

* The Brent-Dubai spread DUB-EFS-1M eased on Friday to a little more than $3.70, down 40 cents from this week’s peaks, but still at their highest since September.

* BP was heard to have reduced offers on some Angolan and Nigerian grades by about 25 cents after major Nigerian grade Bonny Light had been offered at a six-year high around $3 above dated Brent earlier in the week.

* Angola’s new Mostarda stream was also heard to have been marked down because its nearly 1% sulphur levels were not considered attractive given refining margins.

* A tender by India’s IOC that closed on Thursday appears to have been awarded to ENI — which will send a cargo of Nigerian Brass River — and Glencore.

* Traders had been awaiting the awards to help to assess the market for the month ahead, with buyers hoping it would cool prices, though deal values did not emerge immediately.

* Angolan output for May rose from 1.42 million barrels per day (mbpd) to 1.5 mbpd, according to a Reuters survey of OPEC crude oil production, bringing compliance to the group’s output cut agreement to 60%.

* As the first month of theoretically no Iranian crude oil exports comes to a close it seems that Asian refiners have been able to cope with the loss of supplies, though they have taken a hit to profits.

* Asia’s crude oil imports from Iran jumped to the highest level in nine months in April as buyers rushed to ship in purchases before expiry of waivers from U.S. sanctions on Iran, data from government and trade sources showed on Friday. (Reporting by Noah Browning Editing by David Goodman) )) 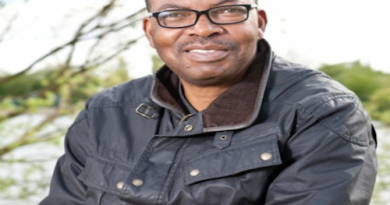 I Will Make You Herders Of Men By Ifedayo Babalola

Farmer who was charged for breach of trust granted bail

A 40 year-old farmer has been granted bail in the sum of GH₵10,000 with two sureties, by the District Magistrate