GOMA, Congo, May 30 (Reuters) – Congolese forces killed 26 rebels on Thursday from a group thought to be linked to Islamic State while repelling an attack in east Congo’s Ebola zone, the army said.

The shootout took place in a village near the city of Beni, an area where more than a dozen different militia groups and associated armed gangs operate, and the epicentre of Democratic Republic of Congo’s worst ever Ebola epidemic.

The army’s spokesman for east Congo, General Leon-Richard Kasonga, said the insurgents from the Allied Democratic Forces (ADF) attacked a position in Ngite village and that soldiers returned fire and pursued them.

“Twenty six rebels were neutralised by the army, and their bodies recovered,” he told journalists in Goma.

The ADF has never claimed allegiance to Islamic State, but witnesses said the Congolese group carried out an attack last month in nearby Bovata that IS claimed.

The jihadist group described that attack as its first in what it called the “Central Africa Province” of the “Caliphate” – the name it gave to the area of Syria and Iraq that it occupied for several years from 2014.

The ADF, originally a Ugandan Salafist-inspired extremist group, has been operating along the Congo/Uganda border for more than two decades. Rival armed groups remain active in pockets of eastern Congo long after the official end of a 1998-2003 war in which millions of people died, mostly from hunger and disease.

Insecurity around Beni is also undermining efforts to contain the Ebola epidemic, which has killed close to 1,300 people since August. Militiamen attacked a hospital in the nearby city of Butembo last month and killed a Cameroonian doctor working for the World Health Organization (WHO). (Additional reporting by Djaffar Al Katanty Writing by Tim Cocks; Editing by Toby Chopra and John Stonestreet) 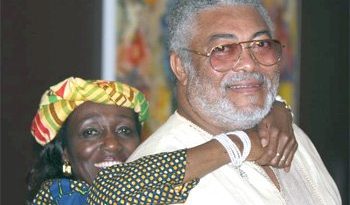 Madam Shirley Ayorkor Botchwey, the Minister of Foreign Affairs and Regional Integration-designate, has appealed to Serbian investors to come and