Meghan Markle, Prince Harry, Kate Middleton, and Prince William’s professional ties are about to be completely severed, The Sun‘s royal reporter Emily Andrews has revealed tonight. While the Duke and Duchess of Sussex now have a royal household (in layman’s terms, their own office) separate from the Duke and Duchess of Cambridge, the four all share their Royal Foundation charity. But the couples are apparently set to split from that organization in the coming months.

“The couples have been given two options—the first is to leave things as they are and the second a complete split,” a source explained to Andrews. “Nothing has been formally ratified but all the mood music is suggesting the Sussexes will break away. The Sussexes weren’t in a rush to make any changes, but the Cambridges were. However, it’s a complex procedure and very sensitive. The Cambridges have definite constitutionally-bound roots, and now the Sussexes have married and started a family, with the Duchess being American, they have more freedom. Nothing will be done quickly and it’ll be a phased untangling of many of the joint initiatives, not an overnight chop.”

According to The Sun, William and Harry’s strained relationship was partly to blame for this outcome, although things have gotten better between the brothers since Harry and Meghan got their own office and staff in Buckingham Palace. They used to share Kensington Palace’s staff with William and Kate.

“Things did get very bad between the brothers and they didn’t see each other privately for a number of months after the royal wedding,” a separate royal source said. “Certainly the animosity over status, money, and Meghan meant that the split in their joint households had to be brought forward much more quickly than anticipated, so perhaps it was inevitable that their joint charity has to be split too.”

The source pointed out that Meghan and Harry “want to do things differently to William and Kate,” and that they can do that because Harry is not in direct line for the throne. And the royal household split has been a good thing: “The brothers’ relationship has vastly improved since their working lives have separated.”

It’s worth noting that a royal source told ELLE.com back in March that Kate and Meghan were slowly embarking on very different paths, given their respective husbands’ very different future roles in the monarchy.

Buckingham Palace and Kensington Palace declined to comment on The Sun‘s report, while a spokesperson for the Royal Foundation said, “There is a review under way and no decision has been taken.” 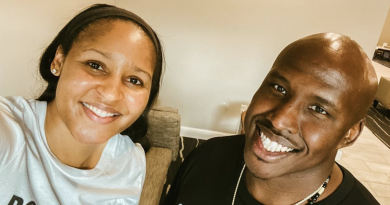 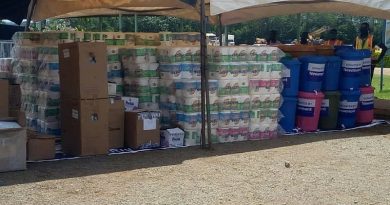 What is tempeh? All about this hearty plant protein

Mr Owusu-Ankomah said: “I am reaching out to you today as the world fights a significant battle against the coronavirus