The immediate reason why the Supreme Court ruling on Zamfara has sparked a civil war in the All Progressives Congress (APC) is that the decision could further complicate the outcome of the leadership vote in the 9th National Assembly in a few days.

Before the ruling nullified the election of the three APC senators from Zamfara, the party had 65 senators, for example, which is seven less than the two-thirds majority required to produce the next Senate president, without help from the opposition.

With the party unable to persuade Senator Ali Ndume to step down for Senator Ahmed Lawan, the Supreme Court’s decision worsens the APC’s numerical nightmare in the legislature. But it improves the chances of the Peoples Democratic Party (PDP) to renew, possibly for another four years, the gift of political adultery which it has enjoyed these past years in the Saraki-Ekweremadu love affair.

But the problem is not only short term. At the state level, the tally has improved from the pre-election status of 23-12 in favour of the APC to the current 19-16, with at least two key states of Osun and Kano still undecided by the courts and one potentially consequential governorship election (Kogi) coming up later this year.

Given the demi-god role that governors play in local and national politics, largely because of the enormous funds they control, the stage is set for a showdown between the APC and the PDP in the next four years, with a huge army of APC discontents, further splitting themselves between the PDP, and possibly, a new third force.

And all this appears down to the spectacular mismanagement of the APC primaries as a result of corruption, incompetence and the blatant refusal of party mandarins to follow the rules. I’ll come back to this shortly.

Making the era of John Odigie-Oyegun looks like the party’s golden age, Shuaibu said Oshiomhole had failed and brought nothing but grief and misery to the party.

In the meantime, Oshiomhole, who you can bet on my dime would return fire, has trained his own gun elsewhere. He aimed at the Supreme Court judgement, accusing the court of stretching technicalities, rather than the substance of the law to ridiculous limits, and by so doing imposing strangers on the people of Zamfara, as if their misery at the hands of bandits was not enough.

I don’t know what Oshiomhole wanted the Supreme Court to do, but if the Court indeed imposed strangers on the people of Zamfara, then the APC opened the door and offered the strangers front seats.

This is one of the states in the North where the opposition PDP has never won elections since the beginning of the Fourth Republic 20 years ago. It’s been solid anti-PDP, along with Borno and Yobe, before party shenanigans opened the door.

The former governor, Abdulaziz Yari, is the stranger-in-chief. He spent more time in Abuja either looking after himself or looking after the Governor’s Forum than he spent in Gusau. And instead of going quietly after his eight wasted years, he insisted on imposing a successor on the long-suffering people of the state.

It was the fight between Yari and another desperado, Senator Kabir Marafa, that would wreck the party, with the two men calling God as witness that their selfish notion of justice had not been served.

Surely, Oshiomohle remembers that there were no primaries in Zamfara after Yari threatened that anyone from the party’s headquarters who came to the state to conduct one would not return to Abuja alive.

Rather than face Yari and Marafa – the party’s nemesis in Zamfara – and confront allegations of serious corruption in the primaries (with some people spending as much as N4billion, according to multiple credible sources), Oshiomhole has chosen the soft and convenient target: the Supreme Court.

Zamfara was the metaphor of APC’s catastrophic primaries in a number of states and Oshiomhole cannot pretend otherwise. In Delta, Imo, Rivers, Adamawa, Ogun and Lagos, it was a shambolic spectre of bribes, shady deals, intimidation, blackmail and rules-bending in varying degrees, with the national secretariat worsted in all outcomes.

Yet, party secretariat turmoil has a fairly long recent history; a culture that often produces temporary pleasure and comfort for the instigators, but ultimately, never ends well.

Like many bad habits in the last two decades, former President Olusegun Obasanjo was the first major exponent of meddling in party affairs and later, hijacking the party completely. A former PDP governor told me on Tuesday that it was under Solomon Lar, the first Chairman of the PDP, that the office of party chairman became a tollgate – something that might never have happened had Sunday Awoniyi emerged the chairman of the party.

The former governor said after party primaries had been conducted and winners announced, it was common, under Lar, to find an unexpected letter from the chairman’s office nominating a completely different candidate or list of candidates, and saying, “This letter substitutes any previous letter you may have received on this matter.”

To checkmate this problem, Obasanjo who had just been drafted by the military to run for office, mobilised ten governors who confronted Lar and apart from “imposing” Obasanjo’s running mate (Atiku Abubakar) on Lar, also paved the way for Obasanjo to demand his resignation.

After Lar’s execution, Obasanjo increasingly took control of the party to the point where he got former governor James Ibori and co to amend the party’s constitution which then vested him with the position of chairman of the BOT – the party’s alpha and omega – apart from being president.

His initial intention was to bend the party to his will, but over time interference became entrenched and widespread. The habit festered, infecting not only the PDP but also other political parties, which were, to be honest, the PDP’s Siamese cousins.

When, for example, Oshiomhole stepped into line, displacing the chief of defence staff, to receive President-elect Muhammadu Buhari at the Eagles Square on Wednesday, he didn’t mean any harm. He was just overwhelmed by Freudian grandeur; grandeur that has not only blurred party-government lines, but which has also conquered it.

Yet, an important distinction in style remains: if Obasanjo reduced the party to a mere pawn, Buhari’s aloofness has created a mushroom of aggressively contending power centres and radical cells, with each centre or cell eager to use the party to its own advantage. And that advantage means only one thing: getting power at any cost.

Until the party becomes more than a mere vehicle to get power for its own sake; until it has some clear organising principles, develops and honours a system that keeps its leaders honest and accountable, it would continue to drift. And it requires more than taking a stab at the Supreme Court, playing musical chairs with the party leadership or asking for Oshiomhole’s head, to fix the broken system.

The party must find its soul. 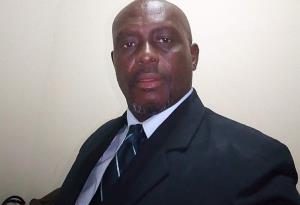