ABUJA, May 29 (Reuters) – Nigeria’s President Muhammadu Buhari was sworn in on Wednesday for a second term at the helm a country struggling with a sluggish economy and a decade-long Islamist insurgency.

The 76-year-old former military leader read out his oath but made no other immediate comments at the open air ceremony in the capital Abuja.

He took 56% of votes in February’s presidential election after promising to end violence in the northeast, extend welfare programmes and kickstart growth with a programme of road and rail construction.

But the fighting with the Islamist militants of Boko Haram and other groups has shown no sign of abating.

A separate surge of bandit attacks and other violence in the northwest has forced 20,000 refugees to flee to neighbouring Niger, the U.N. refugee agency said on Tuesday. (Writing by Alexis Akwagyiram; Editing by Andrew Heavens) 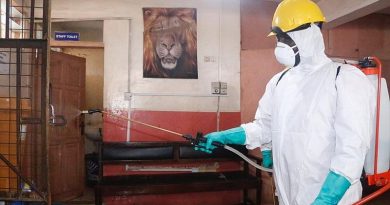 You fools are disturbing the peace of Benin city

How many of you are saying it

Thank you God, thank you Jesus and thank you Holy spirit

THANK YOU LORD FOR EVERYTHING IN MY LIFE AND FAMILY.

Baba God i thank U

Thank You Lord For Everything You Have Done For Me & My Family.

Thank You Lord Jesus for everything Amen

What does this picture remind you of?.....
Hmmmmm, Life Na stages. ... See MoreSee Less

Yet this bike is better than this so call Bajaj motorcycle

Road master by then 🏍️🏍️🏍️

Road master, this plate, number self

Nothing on Earth last forever.

Nothing on earth,worth dying for

The best are yet to come,in summary of it all