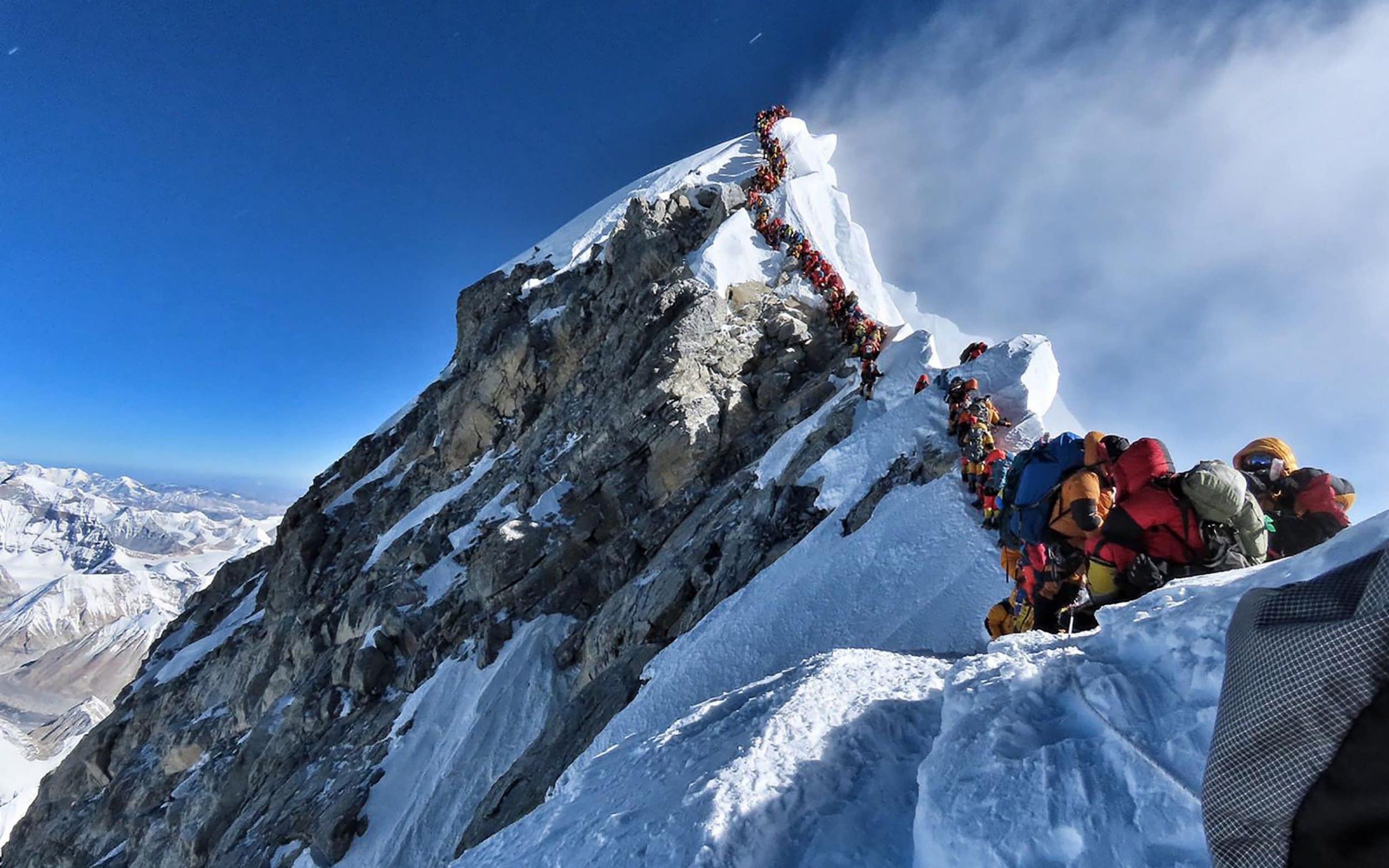 A British climber, who became the latest person to die on Mount Everest this season, has been described by his family as an “aspirational adventurer”.

Robin Haynes Fisher, 44, died in the so-called “death zone” on Saturday — the area named for the low levels of oxygen on descent from the summit.

Mr Fisher, who lived in Birmingham, is one of at least seven climbers to die on the treacherous slopes in the past two weeks.

Hiking officials attributed most of the deaths to weakness, exhaustion and delays on the crowded route to the summit.

Mr Fisher’s family said: “He achieved so much in his short life, climbing Mont Blanc, Aconcagua and Everest.

“He was a ‘tough guy’, triathlete, and marathoner. A champion for vegetarianism, published author, and a cultured theatre-goer, lover of Shakespeare.”

Now Nepal is facing scrutiny for issuing a record 381 permits — at £8,600 each — for this year’s spring season.

This week, a climber shared a photograph of the lengthy tailbacks on the mountain. Hundreds found themselves stuck for hours in the notoriously dangerous death zone, having used the window of good weather to push for the 8,848m (29,030ft) summit.

Murari Sharma, of the Everest Parivar Treks company that arranged Mr Fisher’s logistics, told Reuters: “He died because of weakness after a long ascent and difficult descent.

“He was descending with his sherpa guides from the summit when he suddenly fainted.”

Fellow guides changed Mr Fisher’s oxygen bottle and offered him water, but could not save him.

At least four other deaths have been linked to the human traffic jam. A Nepali guide is also believed to have died.

Irish climber Kevin Hynes, 56, died in his tent at 7,000 metres on the early hours of Friday morning, after turning back before reaching the summit.

With each climber normally accompanied by at least one Sherpa, the mountain could see more than 750 people trekking to the summit this season.

Garrett Madison of the U.S. based Madison Mountaineering company that sponsors climbers to Mount Everest said many were not well qualified or prepared climbers and lacked  the support necessary to ascend and descend safely.

Mr Madison told Reuters: “If they were with a strong and experienced team they would have likely been fine, but with minimal support, once something goes wrong it’s tough to get back on course.”

Muntaka should be sacked from Parliament—-NPP Communicator