The Independent National Electoral Commission ( INEC ) has declared the Candidate of Peoples Democratic Party  ( PDP ) , Mohammed Mattawale
as the winner of Governorship election in Zamfara State  .

The commission also declared all the candidates of the party winners of all the senatorial and federal constituencies seats . The Chairman of the commission, Mahmoud Yakubu said that certificate of return will be issued to the Goveror-elect , senators elect  and members House of Representatives on Monday 27th May 2019 at the commission’s office in Abuja.

He added that   members elect House of Assembly will receive the certificate from the Resident Electoral Commissioner of the state on 31st May 2019.

He disclosed this in Abuja at the end of the marathon meeting of the commission to deliberated and reviewed the judgement of the supreme court which voided all the votes cast for the All Progressives Congress  ( APC ) in the state.

Yakubu  said that properly conducted  party primaries are cardinal for the proper internal functioning of the political parties and electoral process .

According to him ” Therefore political parties must take seriously the conduct of the primaries according to all external  rules including the monitoring processes for INEC to avoid the repeat  of the Zamfara experience.

Kachikwu Under Fire For ‘Provoking’ Bayelsa Communities With OML 29 Comments 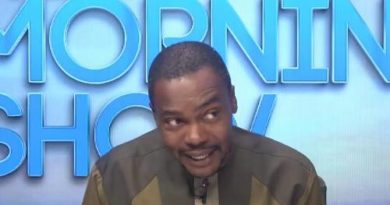