Robert Clarke, a Senior Advocate representing embattled Justice Rita Ofili-Ajumogobia, has insisted that his client is still a judge of the Federal High Court of Nigeria despite suspension by the National Judiciary Council (NJC).

The Senior Advocate of Nigeria (SAN) said this before Justice Ridwan Aikawa, the judge presiding over the money laundering charges filed against Ofili-Ajumogobia, at the Federal High Court in Ikoyi, Lagos.

The Economic and Financial Crimes Commission (EFCC) had on May 15, 2019, arraigned the embattled judge and Godwin Obla, a Senior Advocate of Nigeria, over alleged money laundering charges.

The commission charged Ofili-Ajumogobia and Obla on 18 counts bordering on conspiracy, unlawful enrichment, retention of crime proceeds and money laundering.

At the resumption of the hearing on Thursday, Ofili-Ajumogobia’s counsel argued that his client remains a judge in the absence of a Gazetted pronouncement from the Presidency relieving her of the responsibility.

NJC recommended the dismal of Justice Ofili-Ajumogobia to President Muhammadu Buhari, having found her guilty of misconducts.

The council then went ahead to suspend the embattled justice pending her removal from office by the President of the Federal Republic of Nigeria.

Despite this pronouncement, the senior advocate argued that in the absence of an official announcement from President Buhari, his client cannot be said to have been relieved of her title as a justice of the Federal High Court of Nigeria.

Consequently, he is asking the court to strike out her charges, as a serving judge cannot be tried except such judge has been relieved of his or her duties by the presidency.

Opposing this argument, Rotimi Oyedepo, the counsel for the EFCC, presented to the court, a true certified copy of a letter from the Presidency confirming the sack of the justice.

He asked the senior advocate to tell the court if the indicted justice is currently presiding over any court as required of a judge.

Oyedepo then proceeded to present the letter to the court.

With the evidence, Clarke requested an adjournment to enable him study the letter and reply accordingly.

The senior lawyer said he was only served the letter 48 hours ago, saying that he has not had time to properly study the letter.

He also told the court that he is intentionally meticulous so that he could have a solid case before the Appeal Court in the event there is a need to appeal the case.

“I am handling my case with appeal in focus” Clarke told the court.

Having listened to both parties, Justice Aikawa, in his ruling said the embattled judge is entitled to fair hearing, hence would hear the application.

He therefore adjourned the meeting to May 31 for hearing and ruling on the application. 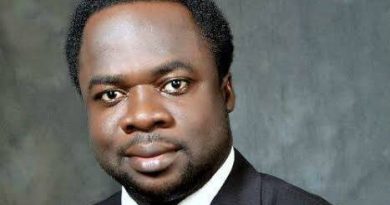 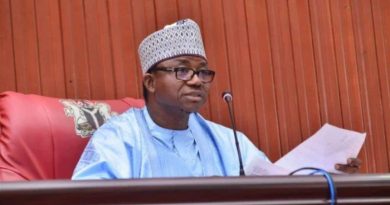