Dogara on Wednesday said that the house, under his leadership, has cooperated fully with President Muhammadu Buhari’s led executive arm of government in ensuring the progress of the country.

The speaker noted that the eighth House of Representatives always gave speedy consideration and passage to legislation and other requests forwarded by the President.

Dogara,  according to a statement by his Special Adviser on Media, Turakhi Hassan, stated this in Abuja when he received the Euro Knowledge Award in recognition of his exemplary leadership.

Dogara said, “We have done exceptionally well. It is on record that this has been the most productive National Assembly ever, as well as unparalleled House in the history of the House of Representatives.

“We hope that those who are coming after us, those who will take over from us will do better and be able to rededicate themselves and to achieve the ideals they set out for themselves.

“When we started out, it was our desire and thank God we can say today that we have cleaned up virtually all laws we inherited from even 1800.

“Before we embarked on this massive exercise, some of our law books were still containing Pounds Sterling, in some laws, some addresses in the United Kingdom were even mentioned.

“To the credit of the eighth assembly, all those things are no longer reflected in the body of our laws.

“Anyone who thinks we have not supported the Federal Government enough in the bid to create a conducive business environment to attract better investment into Nigeria should check what we have done in the area of the ease of doing business in Nigeria.

“There were times when we ensured that within days or weeks, we passed these bills that were required to jumpstart this process to bring Nigeria out of recession and prosper.

“This made Nigeria jump about 24 places in the Global Index of the world ranking of nations in the Ease of Doing Business.” 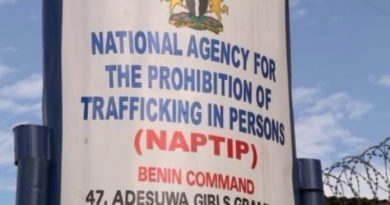 The Petitioner in the election 2020 petition, John Mahama has argued that denying him the opportunity to serve interrogatories on