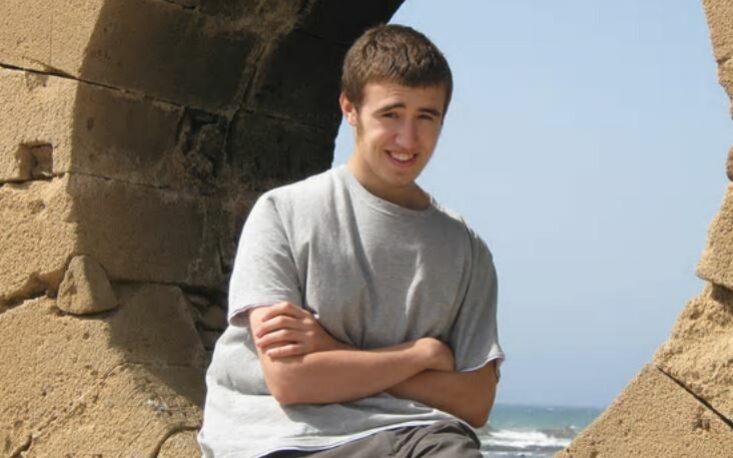 A Muslim convert, dubbed Jihadi Jack, told his parents he wanted to carry out a suicide mission against British soldiers and decapitate a former school friend who had joined the army, a court has heard.

Jack Letts, who travelled to Syria to join Islamic State of Iraq and the Levant in 2016, made the comments to his father John Letts, 58, and mother, Sally Lane, 56, describing it as a “praiseworthy action”.

Despite being shocked by the remarks, the couple from Oxford still continued to support their, and are accused of helping to fund terrorism by sending him sending him three lots of money, totalling £1,723.

The Old Bailey heard how Jack converted to Islam at the age of 16 with his parents’ blessing.

But by the time he was 18 he had been radicalised and travelled to the Middle East where he eventually crossed into Syria and Iraq and is suspected of joining Isil.

The jury heard how in July 2015, a former school friend called Linus Doubtfire, posed a Facebook picture with a group of British Army comrades after completing his Commando Artillery Course.

Commenting on the post, Jack commented: “I would love to perform a martyrdom operation in this scene.”

Prosecutor Alison Morgan QC said the defendants were shocked by his Facebook post and urged him to stop being so stupid.

He responded: “I genuinely believe attacking the British Army is a very praiseworthy action when the intention is correct. I would happily kill each and every one of Linus Unit personally.

“This message for you, Mum and (younger brother) Tyler, I honestly want to cut Linus head off.

“I hope he finds himself lost in Beji or Fallujah one day and sees me whilst I’m armed and I put six bullets in his head.”

His mother replied: “I’m really hoping that your disgusting comments about cutting people’s heads off are not coming from you, i.e. someone else is using your account.”

Ms Morgan said the significance of the exchange was that the defendants were never sure they were communicating directly with their son, let alone that the transfers they went on to make would go to him or what the money would be used for.

On September 2, 2015, Lane allegedly transferred money to an account in Lebanon after her son insisted it had “nothing to do with jihad”.

She allegedly told him: “I would go to prison for you if I thought it gave you a better chance of actually reaching your 25th birthday.”

In October, she told him: “Clearly I indulged you, I made you think you were the centre of the universe. I regret this bitterly.

“I was a terrible parent that gave you too much power as a child – I should have made you adapt to the world, instead of adapting myself to your world. I have done you no favours by doing this.”

She said he showed signs of “mental illness”, adding: “I have to bear some responsibility for that as your mother.”

In a police interview in November, Lane denied helping terrorists, saying she hoped the money she sent would pay for her son to get glasses.

The court was told that the police had visited the defendants in 2015 warning them that they risked prosecution for funding terrorism if they sent cash to their son.

When he found out about the raid, Jack allegedly responded: “Please convey to the British police that I’m not planning on coming back to their broken country.

In a police interview in November, Ms Lane denied helping terrorists, saying she hoped the money she sent would pay for her son to get glasses.

Northern Regional Minister, Mr Salifu Saeed, has said the continuous staying at home by students will permanently truncate their chance