Drone-maker DJI has pledged to add plane and helicopter “detection” features to its consumer drones, to reduce the risk of collisions.

Some of DJI’s industry-focused drones already have the feature built in but it has now pledged to add it to all drones weighing more than 250g (9oz).

Its AirSense system picks up location signals broadcast by other aircraft.

The drone pilot will then be warned that a plane or helicopter is nearby so they can take any necessary action.

ADS-B receivers can pick up these signals, allowing them to track an aircraft without radar or a visual sighting of the plane.

“AirSense can detect airplanes and helicopters from miles away, farther than a drone pilot can hear or see them, and displays their locations on the screen of the pilot’s remote controller,” said DJI in a blog.

AirSense will not force a drone to land if a plane is detected. Instead, the operator will be alerted on their remote control handset.

The US Federal Aviation Administration (FAA) wants a majority of planes and helicopters to transmit ADS-B signals in controlled airspace by January.

DJI’s latest drones already have safety features such as geo-fencing, which stops the drone flying into restricted airspace such as an airport.

In 2018, a drone sighting on the airfield at Gatwick airport caused major travel disruption. The pilot of the drone has not been found.

DJI stressed that “there has never been a confirmed collision between a drone and an airplane” but said drones had struck low-flying helicopters “at least twice”. 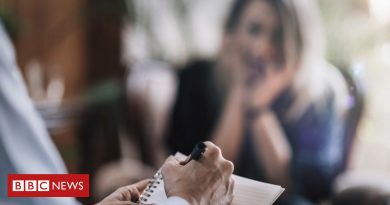 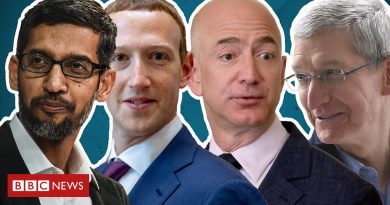 How much power does tech ‘big four’ have? 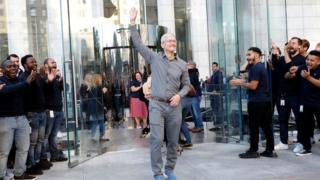 Uromi is Sinking And Uromi Youths Are After Their Stomach Infrastructures. Uromi Youths Please Wake Up And Save Uromi For Ur Up Coming Generation Coming After Us ... See MoreSee Less

Na u de sink Uromi? Uromi that is fast developing, u are saying stomach infrastructure. Have u seen any Uromi youth after any politician for what he will eat? Bros, find another thing to post

U guys are always using Uromi to cause division amongst the Esan people, always doing it as if other Esan people are inferior to Uromi.

False alarm. It's not compulsory you post bro. Uromi will stand and nothing will cause us to fall

Which of the area sir?

Na you dey sink not Uromi, correct your post.

What is sinking uromi? Asamari you still dey Carry this kind News?

U guys should not wake up and post nonsense. Uromi is sinking how?

Admin, what's going on? Please, can you once again spell out rules guiding this forum? This shenanigan is getting too much.

This ,s to show this don't even know anything about uromi . uromi is d farstest growing , and development area in d whole Esan land, eg if uromi is not developing d least price 100 x100 uromi now is ( 1. 5 million ) some local government in Benin u can see it but ,(350 000 ) Uromi is not sinking .

All of them are after scam using it to buy cars ...

Let known the angle we should intensify effort in Pls

You are Esan blood brother

God bless you one love to Esan land

The Executive Director of Alliance for Social Equity and Public Accountability (ASEPA), Mr Mensah Thompson, has said a non-custodial sentence