Ya Allah, my Du’a in this third week of Ramadan is for President Buhari as he forms his next government.

In 2015, President Buhari became the first challenger to unseat an incumbent president in Nigeria’s history and was sworn-in amid great hope and enormous goodwill. Following his inauguration, the country was awash with optimism that his government would reignite a fading economy. In this crispy new 2019, he has been reelected.

The elections came with much apprehension, zeal and exuberance. All eyes were on the presidential elections as the top two contenders were heavyweights in their own right. The governorship, National Assembly, state house of assembly and local government elections arguably didn’t have as much attention as that of the presidential. While many were victors, many are still nursing their wounds of defeat as they head to the courts to challenge the outcome of the elections.

At the federal level, it is in order for one to be concerned with the pace at which members of the president’s cabinet will be appointed. As we all know, it took a while before ministers were appointed four years ago and that resulted in the slow pace of development. While the official reason given was that the President wanted to ensure that only credible ministers were appointed to his government, in time we have witnessed some ministers performing below par.

It goes without saying that choosing a cabinet in a diverse and multi-cultural country like Nigeria is a complicated balancing act. The one whose responsibility it is must juggle the need for skilled leaders with the requirement to repay political allies while navigating the shifting alliances of internal party politics and eliminating “accumulated deadwood”. Then there’s the need to carefully maintain an ethnic and religious balance, and to make sure each of the country’s 36 states is somehow represented.

In 2015, after an agonizing four months wait, the highly anticipated list of ministerial nominees was finally read out on the Senate floor of the National Assembly. However, this came after the President had only just met the deadline for submitting his proposed cabinet, relaying 21 names to Senate President Bukola Saraki.

Unsurprisingly, the list contained a host of former governors and newfound political associates of the President. There were no great surprises amongst the names, which included a mix of those seen as career politicians and those seen as steady technocrats. While many in Nigeria were heaving sighs of relief after months of holding their breath, it took another couple months for them to be approved and assume duty.

This time, it looks like it will be a little different, as the Cabinet is expected to be dissolved today, 22nd May so that by May 29th, when Mr. President will be officially sworn in, a new cabinet is likely to be announced imminently. Four years ago, the delay in choosing a cabinet many months after the assumption of office adversely affected the economy and polity. The business community, for instance, was a casualty, as investors who had been waiting to see what shape Nigeria’s new administration will take following the unseating of the PDP which ruled the country for 16 years were left in limbo.

By not having a full cabinet until 166 days after his inauguration, the President allowed the management of the nation’s economy to be virtually put on hold during which uncertainty prevailed, thus accelerating capital flight and weakening confidence in the Nigerian economy.

Cabinet ministers perform an important role within democracies, to provide direction and to get things done. As the heads of their departments, they are the bridgeheads between politics and the implementation of the policy by the departmental bureaucracy. The importance of the individuals that should be placed in these positions cannot be overstated.

Aside from quickly constituting the cabinet, the President should also ensure that appointments are based on merit, efficiency as well as capability. The norm of placing square pegs in round holes should be made away with. In many developed and developing countries, they attract the best brains into governance and civil service to formulate laudable policies. In Nigeria however, the reverse is the case as we place inexperienced, insincere and incapable individuals into key roles and expect them to outperform those who have invested in critical sectors of human capital development. This shouldn’t be the case going forward.

The people that President Buhari includes in his cabinet must be able to convince Nigerians that they care about Nigeria and not just about lining their pockets. They need to show empathy to the plight of the ordinary man on the street and propose plans that have been formulated with the interests and concerns of citizens in mind. As such, the chosen few are required to take an interest in citizens. This means all citizens: appointees should not only keep an eye on the happy few who have access to them but they have to show compassion with the nearly two hundred million civilians that are facing difficulties or who are vulnerable to the setbacks of the Nigerian terrain.

Those eventually selected must win respect and support of the public for their views and plans. To be successful in this respect, credibility is a crucial asset. We need credible leaders who are thought to be competent, trustworthy, and caring. The competence required relates to knowledgeability, decisiveness, bravery, performance, and political strategy. Trustworthiness includes keeping promises, consistency in views and actions, honesty and sincerity, and dependability. Caring means having an eye for citizens’ needs and concerns, morality, constructive attitude, and no self-enrichment. Not only should the appointees be competent, trustworthy, and caring, they should also be perceived as such. People that have a dossier of corruption and questionable habits with public funds should not even make an appearance on any appointment list.

Those chosen should have the vision to inspire people, an effective communicative performance, having policy views that inspire action, being decisive, and having a good judgment and skill to process large amounts of complex information. They must be honest, sincere, have stability of views, and have authenticity. They must convince the public that they have the interest of public needs. Nigerians need to be convinced that they are not only in politics to promote their own position.

During his second term, along with his ministers, the President should focus more on improving the living conditions of ordinary Nigerians and enhance development projects. He needs to employ all constitutional means possible to checkmate unemployment in the country, the insecurity ravaging parts of the country and provide a future for out of school children.

Now that the inauguration is upon us, the real work is about to start. For the presidency to have the full confidence of the people and acquire continued support from citizens, it must absorb only the most pivotal asset of including credible agents. Because, no matter how credible or principled the President is said to be, if the Nigerian people do not believe in the messengers he appoints, they won’t believe in his message.

We expect more from Mr. President and since he is said to be a man of integrity, one should be optimistic that the next four years with an honest, trustworthy, credible and caring set of people will be more eventful than the last four was. Nigerians deserve the needed development obtainable in other countries and, with the right set of people in place perhaps this leadership can attain it.

So, Ya Allah, my Du’a in this third week of Ramadan is for President Buhari as he forms his next government. May he have the knowledge, courage, wisdom and foresight to make the right and proper choice. 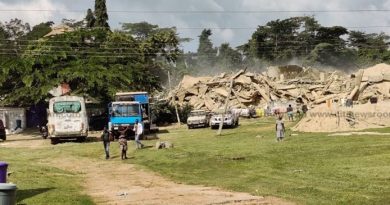