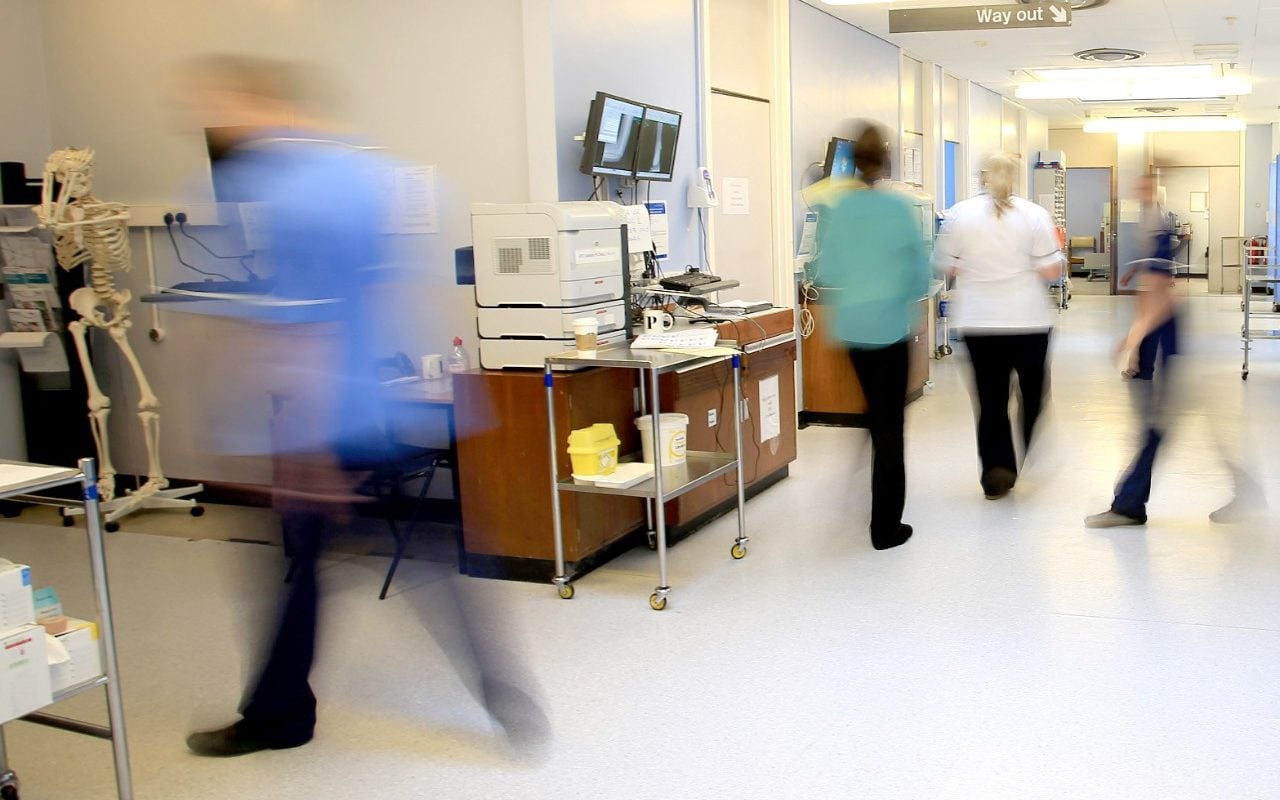 Nurses have warned that too many hospital patients are being subjected to “do not resuscitate orders” without relatives being told – with one describing finding her own great-aunt in such circumstances.

The Royal College of Nursing yesterday heard repeated warnings that “failures to communicate” meant families were left shocked to discover such decisions had been taken about their loved ones.

Do Not Attempt Resuscitation (DNAR) orders instruct medical staff not to resuscitate a patient if their heart stops.

The NHS England constitution says patients and their families have the right to be involved in discussions about whether such orders should be made.

Speaking at the Royal College of Nursing Congress in Liverpool, nurses said they had repeatedly encountered cases where families were shocked to find out such decisions had been taken.

Nurse Joanne Day described visiting her own great aunt –  who was a patient in the hospital she worked in – at the end of a night shift, only to discover doctors had put a DNAR order on her notes.

The nurse said her relative, who was suffering from acute kidney failure, was told there was no point in futher treatment when she was “alone and vulnerable” late at night.

“They waited until she was on her own, very late at night, very frail and very vulnerable to tell her that she was not going to respond to treatment, and that they were putting a DNAR …  in place. It wasn’t discussed with any of the family members,” said Ms Day, who only found out about it because she visited her great-aunt at the end of her shift.

Hamish Kemp said he had been called by one upset man whose brother had a DNAR order placed on him without anyone being consulted.

The nurse said he made “several urgent phonecalls” and managed to get the order rescinded, adding: “It is not the case that we should have a system whereby somebody decides to act God in terms of somebody’s own life.”

Nurses said medics should ask every patient in hospital if they would want to be resuscitated, should the situation arise, they said.

Having “open and honest” conversations with patients and their families as soon as possible would mean they would have time to make informed choices, they said.

Palliative care nurse Fallon Scaife, from Manchester, told the congress: “I’ve found time and time again these discussions are not being had soon enough with patients and their families, and the patients are not in control of what is happening to them.

“They’re left with limited options about their place of care, they have fear and stigma around dying, they often feel out of control.”

Other nurses said patients and families also needed to be made aware of the realities of chest compressions – which can cause damage like broken ribs and bleeding – and warn them it was not like it looked on television.

Emergency care nurse Justin Woolford said: “We should allow [patients] to make an informed decision and not one based on the glorified resuscitation attempts they see on the television, or the hearsay of others, or the prejudice that DNAR equals no treatment – and then we should respect their wishes.”

Resuscitation officer Ged Swinton said he was involved in the care of a 94-year-old lady who was dying of cancer. Doctors were too afraid to place a DNAR order on her “in case the family sued” but that nurses on the ward were afraid to resuscitate her.

He said: “They told me: ‘She’s dying and we don’t want to have to jump up and down on her chest and cause stress and an undignified end’.”

Mr Swinton spoke to both her relatives and doctors, who agreed it was best not to resuscitate and the woman died with her family at her side, “peacefully, in a nice bed, calm, clean and dignified”, he said.

The union will now consider proposals on whether further training and support should be provided to nurses on talking to families about DNAR orders.

IMANI Africa President Franklin Cudjoe has described comments by the National Security Minister-designate, Albert Kan Dapaah, on the invasion of