It’s been a decade since Simon Porte Jacquemus launched his namesake label, which has become known for its Instagrammable, pint-size Le Chiquito bag beloved by Rihanna, Kim Kardashian, Priyanka Chopra and more. To celebrate 10 years in the game, fashion’s very pretty boy wonder is heading back to the South of France to stage Jacquemus’ first-ever co-ed runway show June 24.

“I was sure that we should mark it (the anniversary), because it’s part of the history of the brand and my personal story,” the designer told WWD. “I started at 19, I’m 29 now. How do I feel? Pretty good. It’s weird. It’s a lot of things. But I think this is going to be a new start for us.”

Earlier this year, Jacquemus presented its fall/winter 2019 collection, featuring an even smaller version of the Le Chiquito that looks like it hold one stick of gum. The collection also featured sharp suiting and breezy summer dresses and skirts in summer brights and autumn neutrals.

Author Don Winslow: Trump’s administration feels like it’s “manifested itself” as the coronavirus 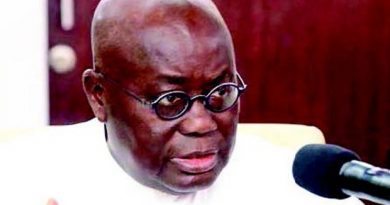 “The worst of the worst”: Rep. Katie Porter reveals how Mitch McConnell is blocking COVID relief

Congratulations my chairman for a successful completion of your tenure. Inddeed it was not easy.U came in a time when there was financial crisis in the country, Corona crisis ,that almost crippled the world economy yet u proved your doggedness and stewardship. U are one in a million. Although u met so many debt like the staff quarters debt left by Hon.Yakubu and the Locked up stores in Uromi market debt left by Hon. Sam Oboh ,u were still able to manage the little allocations to make sure Uromi market is kept clean on daily bases.Thank u Mr chairman.I will not fail to Quote my leader,chief Obafemi Awolowo in one of his book "All sins shall be forgiven but ingratitude is a sin that can never be forgiven" On this note once again,we are grateful and congratulations to u.

Congratulations my Chairman, I know we can never reimburse ur endeavors yet we have to reveal to you this: you have had each effect in the local Government system in each conceivable way of ur leadership style.....more graces

Check the dictionary to understand the meaning of the word "Successful"...

Ernest Kodzo Mallet Listen to article Ghana will come out of its present covid19-induced economic challenes stronger and better, District